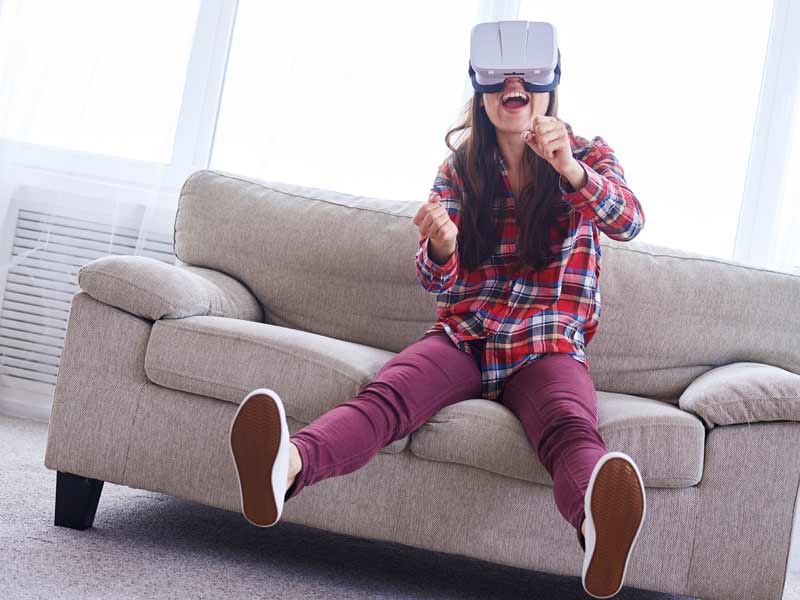 To what extent and which modern technologies are used in event planning in the SEE region? What is the experience in their application and what are event planners going to use in the future – these are some of the questions we put
before event planners in this issue.

In general, most event planners in the region (90%) said they used modern technologies, above all mobile apps designed for specific events and live streaming from events (nearly 80% of the polled used such technologies). Half of the respondents, or more precisely 44.4%, used the Tweet wall (i.e., projecting social media posts at the event) and 360° video.

A third used drone aerial filming, digitizing papernotes or drawings, and E-books. Catchbox (a microphone that is thrown in the audience or to people who want to ask something), 3D mapping, and electronic tickets with QR code had been used by about 10% of the respondents. Robots, holograms, RFID (bracelets with a registration chip, cashless payment, and the like), VR or AR (virtual or augmented reality) had been used or experienced by very few survey participants—less than 2%. 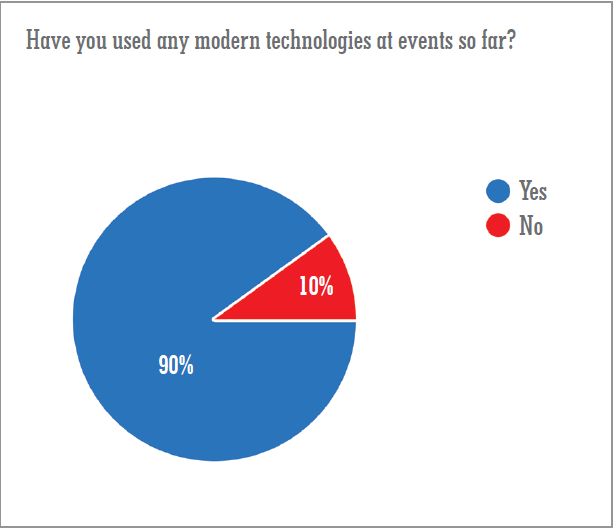 In addition to the technologies that are currently most popular (tweet wall, mobile apps, live streaming, 360-degree video), event planners say that they intend to increase using drones, electronic tickets with QR codes, digitization of paper notes, catchbox, VR or AR , as well as holograms and RFID (bracelets with chips for registration, cashless payment, etc.). 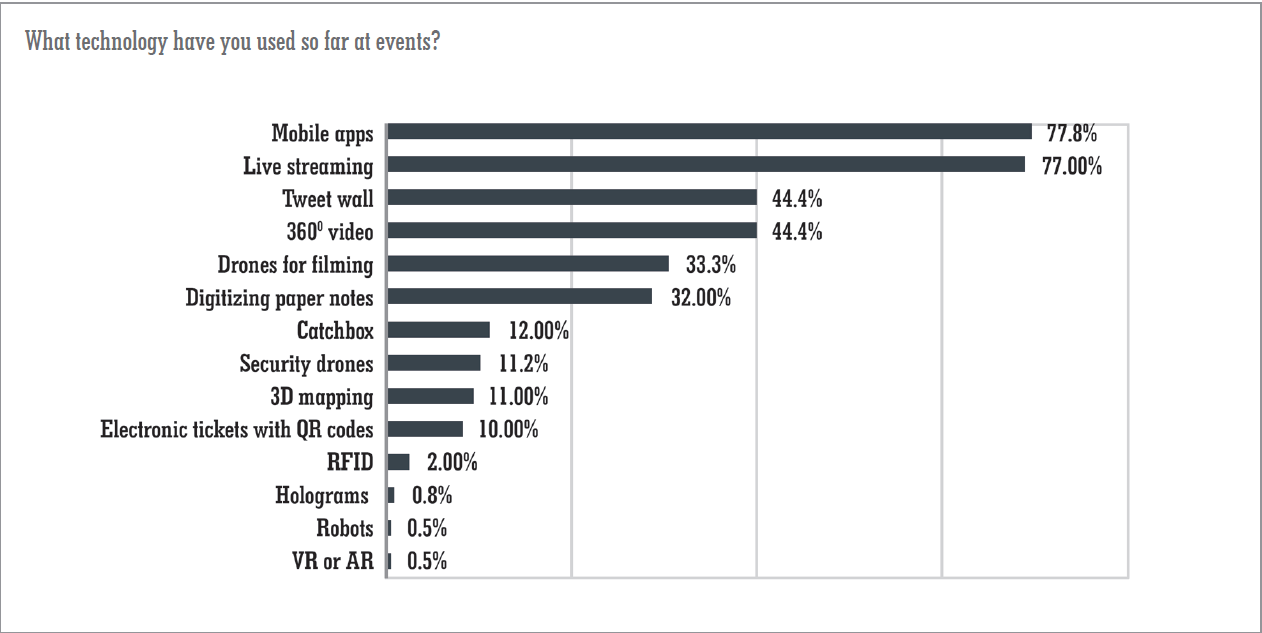 The 5 most common uses of technology at events:

Electronic tickets with QR codes, RFID, live streaming, mobile apps, and drones are deemed by regional event planners as technologies that bring the most benefits and that have made the biggest bang in the event industry. Event planners have the most positive experience with using those technologies that they use the most, which includes mobile apps for events and live streaming via social media or a live-streaming link. In general, experiences with 360-degree video and tweet walls are also positive, although there are those who have had negative experiences with them, which is also true for drone filming. 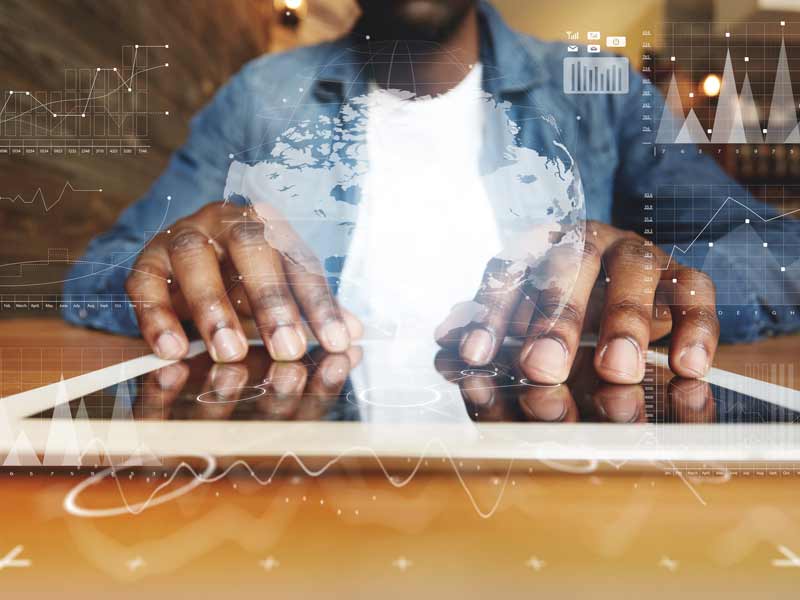 Using robots, digitizing paper notes or drawings, catchbox, and virtual and augmented reality provoke the most conflicting opinions among event planners in the region – from highly positive experiences and opinions to those less so. These data could be interpreted as a consequence of rejecting what we least know, and the fact is that the application of ultra-modern technologies such as robots or AR and VR at events in our region is something we have yet to learn about and master, and probably a few years will pass before these come to be effectively applied. 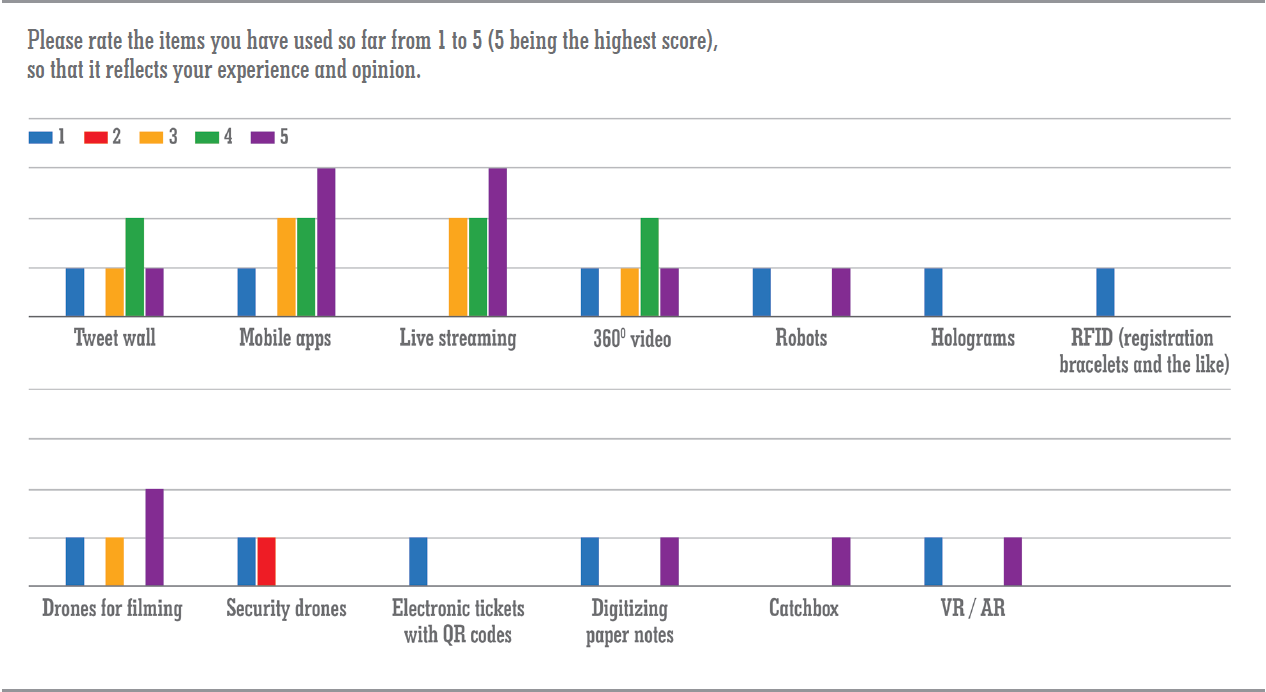