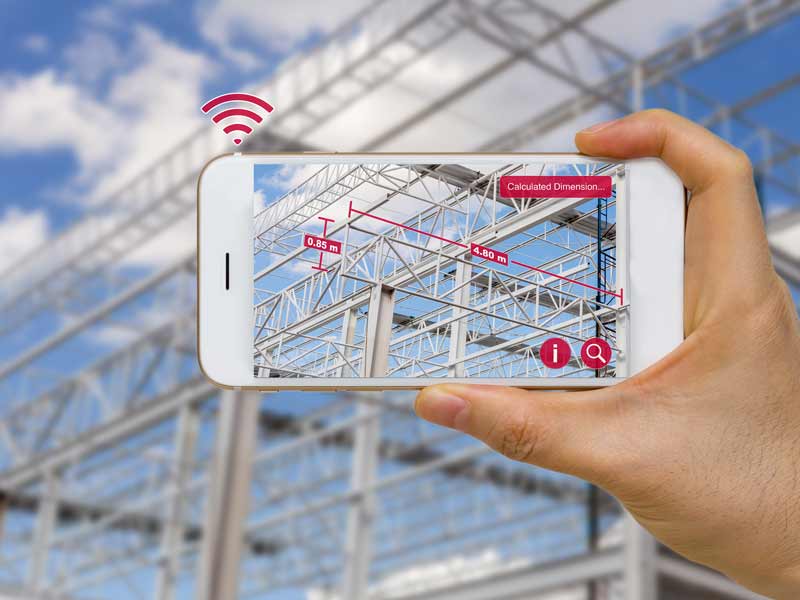 If you have never heard of the term Augmented Reality until now, know that you’re most likely to start coming across it more and more in the near future.

Augmented Reality (AR) could be loosely defined as an altered or expanded reality. In fact, a more precise explanation would be that it represents the real world, only expanded with computer data and / or objects – sounds and / or graphics. Actually, you’ve already seen this kind of reality countless times, you just may not have known that was it. It is used in art, gaming, architecture, everyday life, industrial design, medicine, navigation, auto industry, archeology… And television! Every time you’re watching the weather forecast you can see this expanded reality – those maps showing the weather conditions behind the anchors while they talk is exactly that. 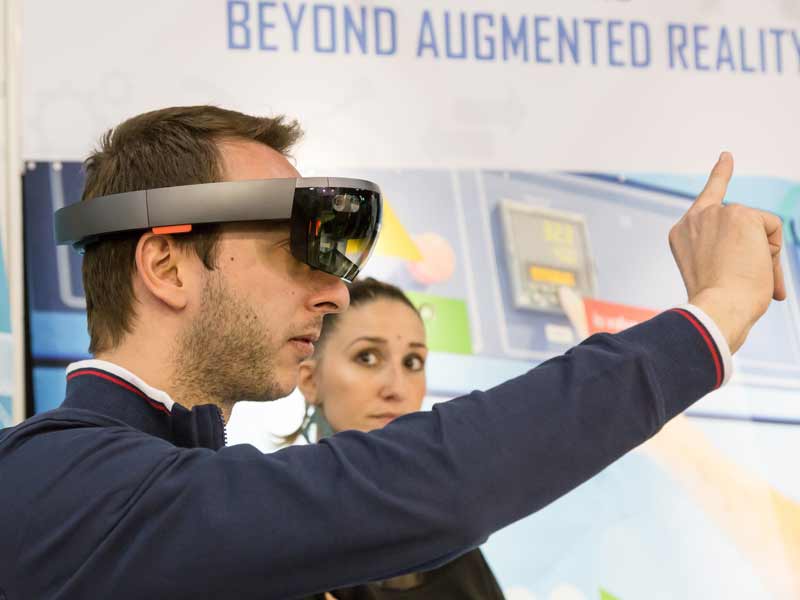 It should not be confused with virtual reality because these are two completely different things that have “reality” as merely a common denominator. The first difference is that virtual reality transports you into a whole new world that does not have to match the environment you are in at the time – you can be sitting in the office, for example, and be “teleported” to a desert, museum, concert…

Another also important difference is that the world of virtual reality requires the so-called headset or googles. This makes it a fully digital experience that mimics and imitates situations from the real world (you can find out more about virtual reality in this text). AR or augmented reality, as the name suggests, only supplements reality as it exists with graphics, audio, and the like, and for you to see it you don’t need VR glasses or headset— all you need is an app on your mobile phone or some other smart device. For example, Pokémon is a great example of using augmented reality, and we might say that the game has brought augmented reality (AR) to the masses.

Let’s take car shows for example, where visitors are many and exhibitors are li 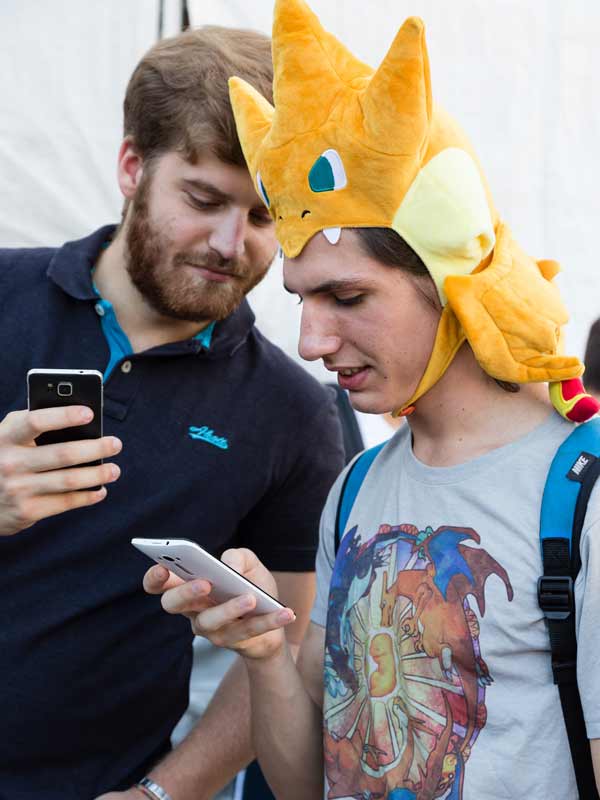 mited by space, while – naturally – they want to present as many of their new vehicles as possible to the audience. This is where creative use of augmented reality enters. Combining it with tablets and an app that was specially designed for the occasion, Volkswagen prepared an unforgettable experience for its audience. What did they do? They set up a printed catalog of the brand’s models in front of the visitors. All they needed to do is bring any smart device closer to a car in the catalog to see that or another model revealed before their eyes. It looked as if the car was floating above the catalog. The zoom-in option would make the vehicle reach its real-life size, and the visitors could see every exterior or interior detail or even check out the car in every available color.

In 2013, IKEA did something similar. While sifting through the brand’s portfolio, the customers were able to see the products in 3D. In fact, the Swedish company went a step further. Using a dedicated app that they installed on their smart devices, the users were able to go home and check out if, for example, a sofa would match the rest of the room or how it would look in different spots.

One of the best known automotive companies, BMW, provides a special kind of help to drivers in its new cars that is based on augmented reality – the so-called heads-up display. As you drive, this special display on the vehicle’s windshield shows the speed, speed limits, traffics jams, navigation, and so on – depending on what kind of information you need at the moment. 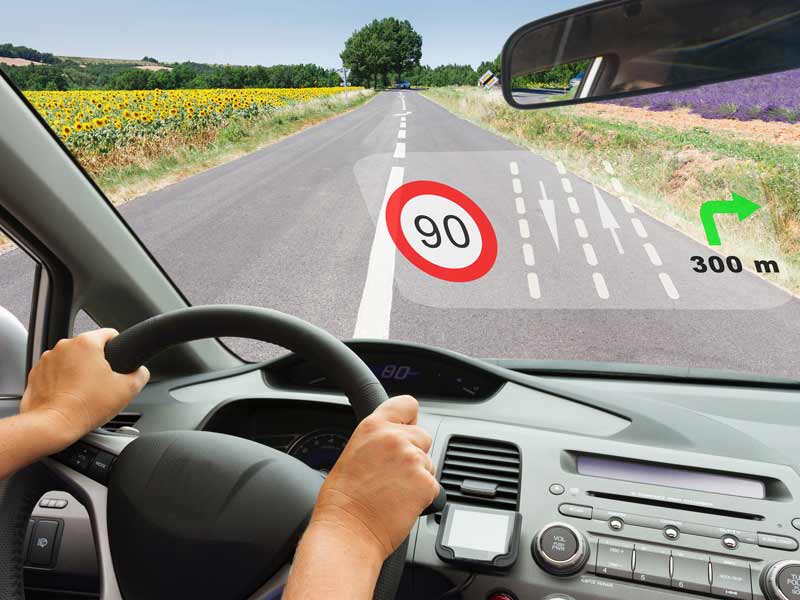 At the end of December 2014, Coca-Cola held its first event in India based on augmented reality titled “Share More Happiness” at a shopping mall. Using a free app, anyone who downloaded it could turn on the camera’s selfie mode on their
mobile phone. A big display set up in front of them would reveal Santa, only with the user’s face, and imitate the moves instructed by the user.

Over the five days of the event, more than 10,000 people were buying and more than 2,100 Coca-Cola bottles were sold at a single location, with more than 2,250 visitors participating in the interactive augmented reality campaign. This is still the biggest event of this kind in India ever to be held.

When augmented reality began to develop and grow rapidly, as you probably know, Google constructed a special type of glasses used for these purposes. They look like ordinary glasses, they are easy to pack, they don’t take up much space, and they have transparent lenses. Among other things, they can be used to take photos or record videos.

You can use also them as a navigation device. They will give you directions to the
nearest cafe, bring you to the restaurant you’re looking for, show you which parts of the city are crowded, and even get you information or answers without any fuss at all – you just need to turn them on, put them on, and talk to them. They can also send text messages for you! Despite all this, their launch – scheduled for 2014 – had to be postponed because of a lot of criticism. Getting distracted was one. In West Virginia, USA, there was a bill to prohibit their use while driving. 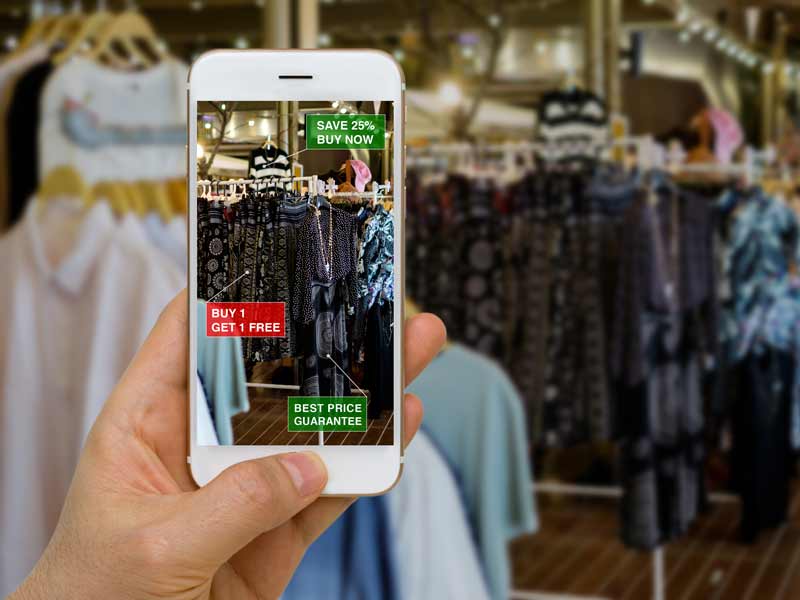 All this sounds really spectacular. It sounds like the sky’s the limit now. But let’s have a quick rundown of their weak spots and limitations. Of course, there is the issue of safety, which should always come first. Especially if we take into account using augmented reality while driving or walking around city streets (we’re talking about Google Glass here). One could easily drift. Displaying a large number of images in the user’s field of vision during driving, for example, can have serious consequences.

A report published in April 2016, compiled by the United States’ advanced technology risk management department, says that hackers represent another threat because they can make an app that they can use to access the augmented reality platform and practically “insert” objects / destinations/ locations/people that do not actually exist. Or, they could connect to your platform and completely change its audio-visual aspects.

As a result, privacy is not guaranteed. Of course, experts in this field are diligently and strenuously monitoring the development of this – you probably agree – very high-tech branch, so, fortunately, there are solutions for most off-script situations. One of the drawbacks is certainly the price. Google Glass, which we have discussed here, can cost up to a staggering 2,000 euros. In the context of event planning, this can be a serious budget item, especially if your event is intended for a larger number of participants.