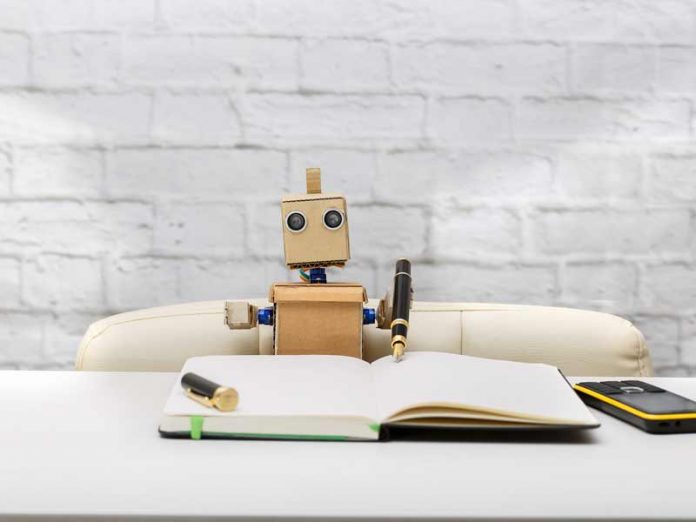 If you were to be asked today what robots are, you would surely know the answer to this question. They are electro – mechanical units, which either programmed or controlled by someone perform certain actions and tasks.

We might say that it’s something that is closely linked with the modern era. However, that is not the case. The idea of robots, actually, has its roots in the ancient Greece.The concept of artificial intelligence comes from Kadmus, the founder and first ruler of Thebes, a town in the Boeotia in central Greece. According to the legend, he sowed a dragon’s tooth from which a soldier grew. Another myth says that Pygmalion’s statue Galatea came to life. Greek God Hephaestus made mechanical maids out of gold. Examples are many more, because numerous stories from the ancient mythology are actually based on ideas about robots.

And how did it all begin in the modern age?

The root of the word ”robot” – believe it or not – comes from the Slavic word ”slave”,  and it was first used by a Czech playwright by the name of Karel Capek. However, only 30 years after that was the first robot produced. At first, the robots were being made for performing tasks that were dangerous, hard, or demanding for people – for example handling nuclear waste or doing repetitive tasks that require stamina or accuracy. The first experimental copies of robots were made at US universities in the 1940s, and their commercial production was first started by George Devoll and Joseph Engelberger. Engelberger was the first to start selling robots and he is considered to be the father of robotics. Their implementation today is ubiquitous in everyday life. And if you’re interested in how they can be used in the event planning industry, read on. 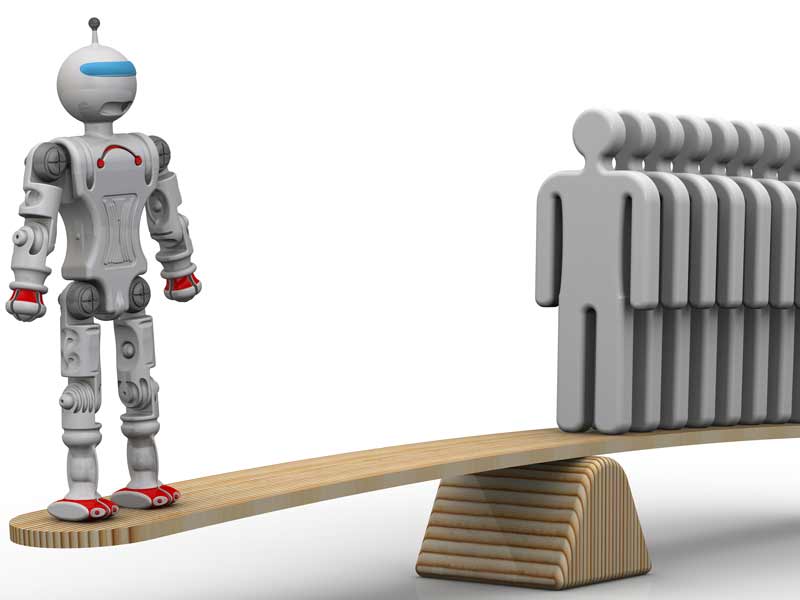 For starters, you need to install the Makr Shakr app on your smart device. The application offers the consumer to choose the ingredients of their cocktail. The database contains more than 30 alcoholic drinks, juices, sodas, and cocktail decorations. Next, when you select your combination, this information reaches three robotic hands that very carefully and precisely pour and mix the ingredients, add ice, and decorate your cocktail. Your drink appears before you in a blink of an eye, and you are stunned! The Makr Shakr app even allows its users to see what other guests are drinking and what the prices are, as well as to immediately share their photographs on social media. Imagine how much fun it would be to have something like this at your event!

The root of the word ”robot” – believe it or not – comes from the Slavic word ”slave”,  and it was first used by a Czech playwright by the name of Karel Capek.

Robots can sometimes look like real people, but looks can be deceiving! That is exactly the case with holograms. Holograms create unforgettable experiences for users or event participants, helping you to make your event even more entertaining. They can be part of hologram devices or virtual reality, but they can also be used on mobile devices. How do they work? Imagine the following scenario. You are approaching the location where the event is taking place, and from a distance, you see a lady at the entrance welcoming the guests and talking with them. You’re thinking it’s a hostess or some of the hosts.

However, as you get nearer, you are starting to realize that this is not a real person, but instead a hologram – a kind of robot that is a projection of a real person. But she looks so real that at one point you are not sure whether to believe what you’re seeing. And if this is not a human being, how is it possible that people are talking with her, you ask yourself. The answer: Holograms can be very convincing in what they show; they can be programmed to have conversations, wish you a good evening or a good time at the event, as well as receive feedback from the guests – if they had a nice time, if they liked the food or music, or what they think about the lectures/conference/topics at the event, etc. More on this subject read in the text about holograms.

This is something that has been in use for quite some time now – Photobooth. Over the last few years, it made a big comeback. Surely you have attended events where the guests were getting their pictures taken in those mobile photo booths. One of the latest variants of the robot cameraman, available and already used by many, is SoloShot. SoloShot is a camera that is programmed to move on the tripod it is attached to, following the movements of the event’s participant around it. It’s ideal for informal parts of your event, when people are socializing, dancing, and talking to each other.

You must have at least once in your professional life spent too much time sorting photos of an event. Which can be frustrating, especially when the event was attended by a huge number of people. You should separate them in groups: portraits, group photos, just the venue, overall mood, etc. Xerox has a special app called Aesthetic Search, which can be great help with this.

It recognizes and automatically groups photos according to the “theme.” In a blink of an eye, it separates photos depending on the subject and at the same time uses a special folder to put photos that do not meet certain aesthetic criteria – too little or too much light, facial expressions, poor portraits, blurry photographs, etc. There are also apps that are designed to process images, adjust the lighting to the mood and the conditions in which the picture is taken, and takes your photo from your best angle. Your job is only to look good, and robot cameramen will take care of everything else. Impressive!

Event planners spend a lot of ti­me coming up with concepts for fun activities. This is only natural because participants want to relax and have a good time after strenuous and long lectures. Of course, since event planners are creative people, creativity abounds, but the main limitation is the available budget. Here are some very interesting real-life examples.

Titan is a robot that was made in the UK. It was designed to attract attention, eight feet tall and weighing as much as 770 pounds. Thanks to the ability to be branded and to read text in any language, this robot is a true magnet for event planners worldwide – it has been used as a demonstrator, panelist, news anchor, etc. 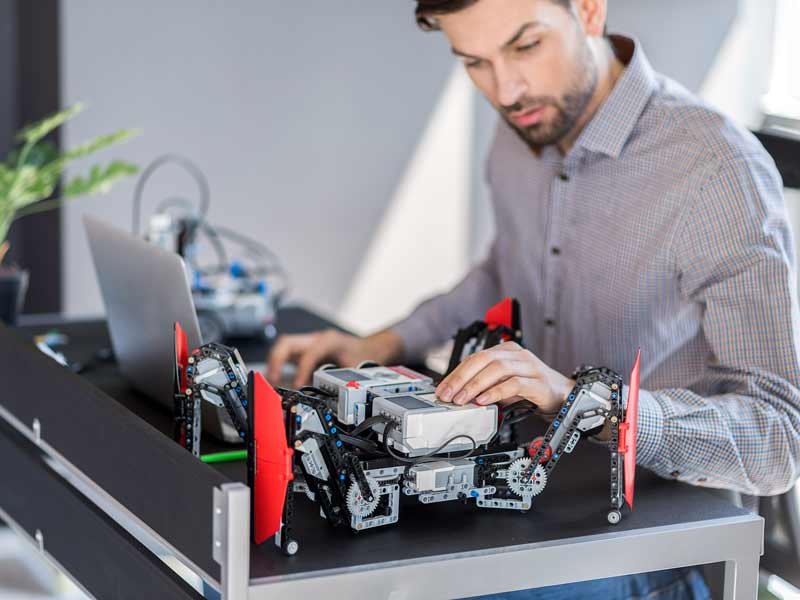 In 2016, Toyota won an award for the best marketing campaign thanks to hiring Titan to promote the company’s new car model. Since Titan contributed to winning this prestigious accolade, the robot was invited to come up on the stage and help to receive the award.

To celebrate the 40th anniversary of the Ford Fiesta model, one of today’s most famous DJs, DJ Yoda,partnered up with the company’s engineers and designed a robot DJ named DJ Yumi. When the event started, the two were playing music together, only for DJ Yumi to take over the set at one point and continue on his own!

Asimo: A VIP among robots

In 2000 Honda designed a robot named Asimo. Three years later, when Japan and the Czech Republic were celebrating ten years of diplomatic relations, Asimo was part of the Japanese delegation to the visit. On this occasion, the robot met with the Czech prime minister, shook hands with him, and even danced. Asimo was able to recognize voices and movements nearby and talk in Japanese, but for his first diplomatic visit he also learned to say a few words in the Czech language.

The conclusion is that the future of modern technology at events could be slowly coming down to just robots. One common example of the use of robots at events are also drones – flying robots (you can read more on this topic in the article about drones). But, not to worry! These robots will not turn evil like those we see in movies. Instead, they are here to assist you in event planning and serve as one more additional tool, which can be very useful.

One of the most famous TV robots was sold recently for nearly three million dollars, and its buyer wished to remain anonymous. The robot is R2-D2 from the Star Wars series. Maybe you haven’t heard this before, but R2-D2 is actually shorthand for “Reel 2, Dialogue 2.”