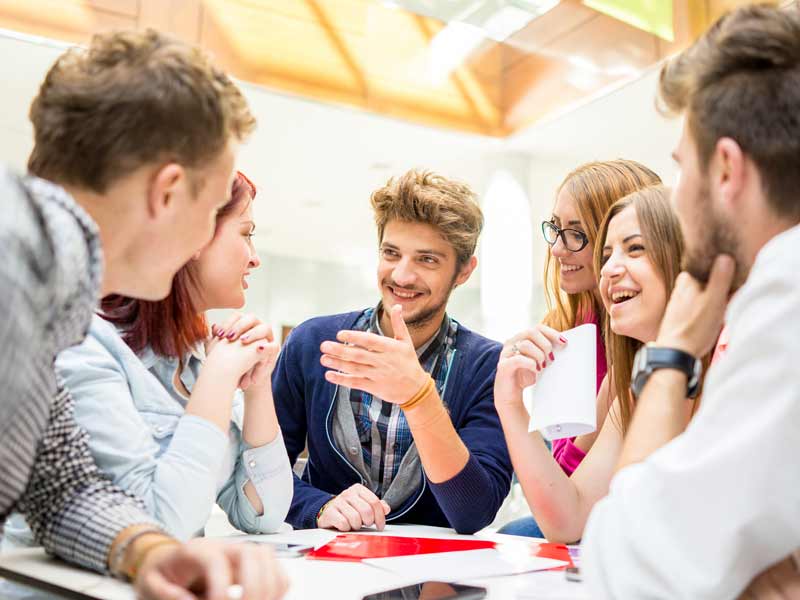 We should first define what a good meeting is. It is: efficient, effective, positive and fun, creative, and open to opinions. But how to turn classic meetings into those which your employees will enjoy and where the set goal will be accomplished?

Another thing – a good meeting is also a short meeting. You may not believe it, but research by the American National Statistics Council shows that almost 40% of working hours are spent in meetings! And nearly 50% of employees think that too many meetings during the day are the biggest waste of time! Tips such as “Start and finish a meeting in time,” “Develop a meeting plan,” or “Invite the right people to it” are good for boosting productivity but not good enough to encourage creativity, nor enough fun. Here’s what some
of the most successful companies in different industries are doing: 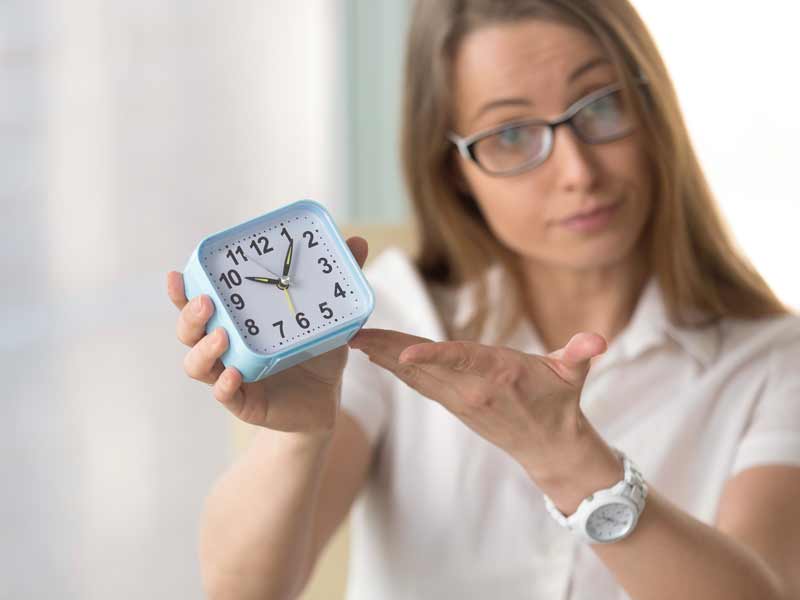 The meeting should start on time

It’s common practice that individuals late to the meeting are waited for and the meeting starts with delay. This lets them know that being late is OK. Instead, start the meeting on time, regardless of the number of attendees, and make tardiness visual. One idea is to place cups with the names of every employee in the meeting room and buy red and green marbles.

Every time a person arrive son time, he/she puts a green marble in the cup, and if he/she is late, a red marble goes in. You will soon see which employees have the habit of being late, and they, too, will see their problem. And to make things even more fun, you can schedule meetings at unusual times. Say at 8:48 in the morning. For years now this has been done at TINY pulse, a company that focuses on creating the best possible ambiance in other
companies. This practice has led to all employees, as the meeting time approaches, spontaneously going to the meeting room.

Start the meeting on a positive note

Science has proven that the way the meeting starts determines its further course. So don’t kick off with problems and complaints, but instead find a way to focus your team on positive thinking. The suggestion is to start the meeting by asking each attendee to share with the others something positive that happened since the last meeting – something they learned or something they did in the past week and are particularly proud of. While we’re on this subject, every Thursday at Plum Organics, which produces baby food, meetings start with taking out coloring books and fine liners. Their director of innovation says
that this process not only awakens creativity among the attendees, but positivity as well. 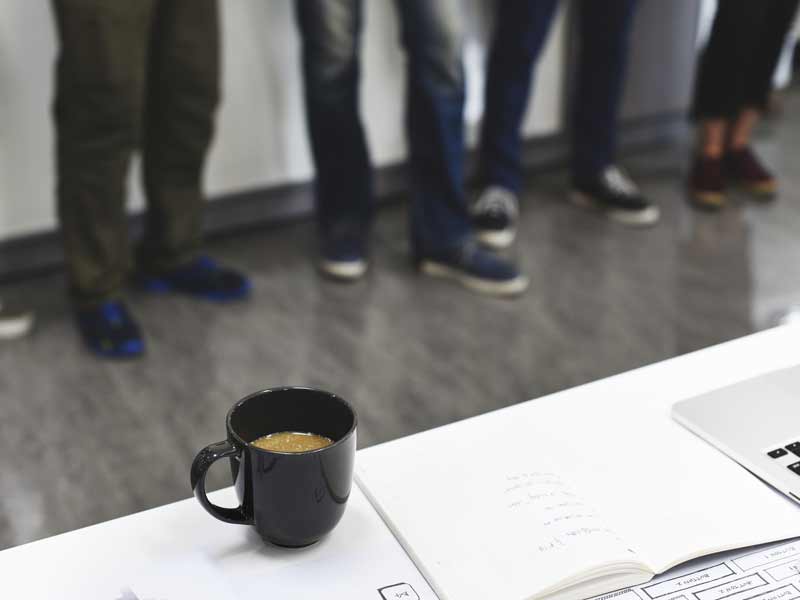 Take breaks during the meeting

A common mistake in planning meetings is – if the agenda is long – to completely eliminate breaks in order to shorten the time that the meeting takes. Every half hour, you should take a two-minute break to entertain the attendees in the meeting – plan for a group stretching
or let everyone tell a joke or give a riddle to the group. This will make the rest of the meeting
easier and more productive. If you sit for long stretches of time, you will not only get stiff and exhaust your body – the same thing will happen to your brain. You can plan a stretching session at the beginning of every meeting, or during the two-minute break, if you see that attention is fading. After stretching, you will feel refreshed, rested, as well as more creative,
which is necessary for any meeting.

The point of the meeting is not just to talk, it also serves to come up with ideas, plans, problem solutions, as well as new decisions. A two-minute break can help the attendees think, because not all people can think and speak at the same time. When presenting problems at hand, present only facts, then take a two minute break, and after that discuss
the solutions. Also, after making any decision, people should be given two minutes to consider how they feel about the decision.

Take out the traditional conference table and instead place the chairs in a circle. This will obscure the clear difference between the boss at the head of the table and the other
employees; everyone will see each other better, and communication will be more open. If a lot of plans are being worked out, put all the papers on a wall, and place the chairs in a half-circle in front of it. Also, think about holding the next meeting out of the office. You can
simply put the chairs from the office to the courtyard, book a table in a nearby restaurant, or plan a two-day trip outside the city. In all sincerity, employees sometimes really just need a change of the meeting place! 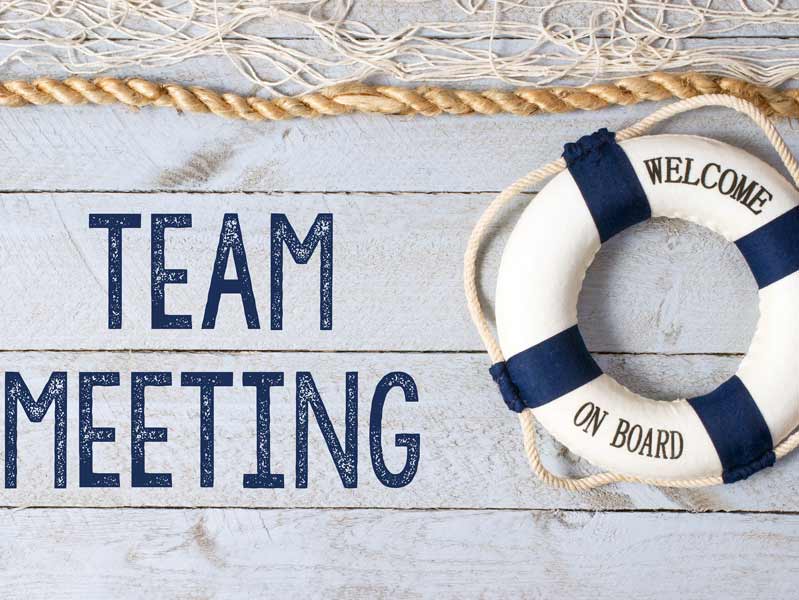 The O3 World digital product design and development agency’s offices are connected to Roombot, which synchronizes the calendars of all attendees and signals when it’s time to end the meeting. Roombot controls also the lights, reducing the brightness near the end of the meeting and ensuring that all meetings end on time. Business development Company
Just Fearless limited the duration of its meetings to half an hour. If the meeting runs long, all chairs are removed and all attendees stand until the meeting ends. The company’s CEO explains that this rule encourages everyone to make effort to not exceed the time. On the other hand, if you are at Buddytruk and the last one to speak at a meeting that runs over
time, you have to do 50 push-ups, while at event management company Cvent you have to sing every time you’re late. 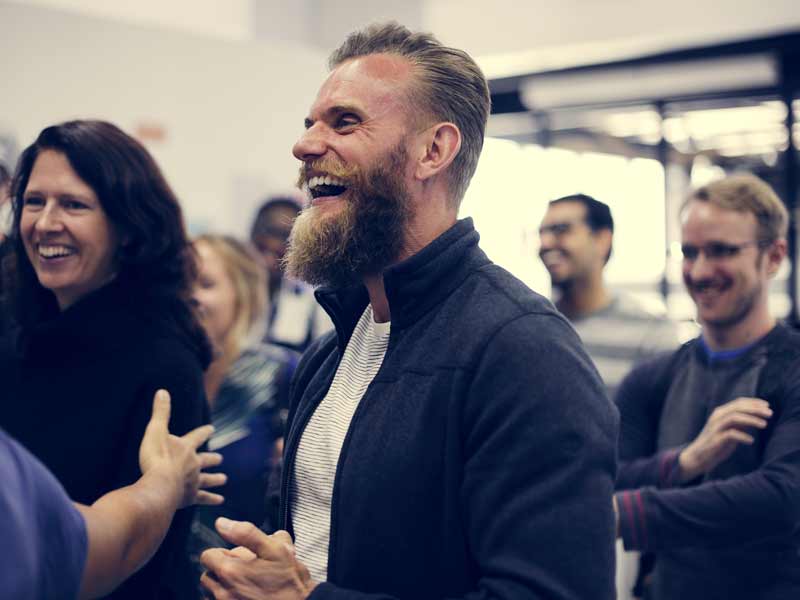 Another way to spark creativity at a meeting are brain teasers. These games require unconventional and lateral thinking. They can be in the form of puzzles, riddles, equations, images… At the beginning of each meeting, spend a few minutes by giving your employees a brain teaser to solve. Not only will everyone have fun and relax, but you’ll find it much easier to get to the solution of the problem and new ideas. Here’s an example:

1. I’ve never been, and I always will be. No one ever saw me, but everyone wants to see me. Who am I? (Tomorrow)
2. A man pushed his car into a hotel and told the hotel owner that he went bankrupt. How is that possible? (He was playing Monopoly)
3. A man is looking at a photo and his friend asks who is in the picture. The man answers, “I have no brothers or sisters. But the father of the man in the picture is my father’s son.” Who’s in the photo? (His son)

Another fun, and at the same time useful, activity type at business meetings are icebreakers. More about them you can find here.