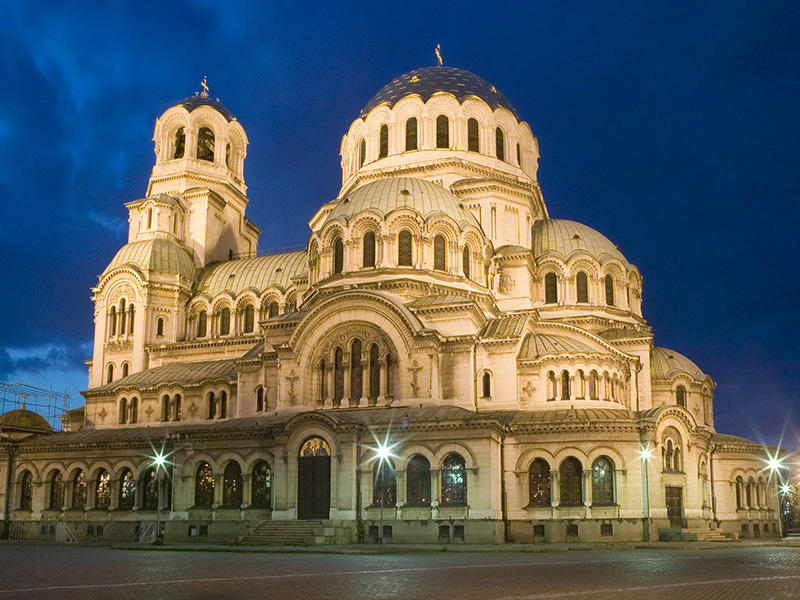 Sofia is one of the most visited tourist destinations in Bulgaria alongside coastal and mountain resorts.

Particularly suitable conditions for meeting industry are offered in Sofia, having in mind numerous hotels with suitable conference halls, as well as congress centers, such as the National Palace of Culture and the Inter Expo & Congress Center Sofia. Almost all of the larger hotels can provide equipment for business meetings and seminars.

“Sofia has a young and dynamic vibe, like a city waking up after decades of slumber, and is becoming a confident and cosmopolitan European capital.” – Lonely Planet

National Palace of Culture is a multifunctional complex, a synthesis of modern architecture and plastic arts. The NPC contains 15 multifunctional halls, 55 premises for meetings, with total capacity of more than 8,000 seats and more than 15,000 square meters of exhibition area. Among them, Hall 1 is the largest one and the most representative hall in the complex. Its area is 11,000 square meters and its total capacity is 3,692 seats.

Inter Expo & Congress Center Sofia provides the business and public with professional conditions for exhibition participation as well as for organizing different types of meetings and forums. It provides 6 exhibition pavilions, open exhibition area, around 7 congress halls, at an area of 42,000 sq. m.

In the city there are also many institutions of higher education that also offer facilities for all types of meetings. Additional facilities are available at the Central Army Club, the Boyana Residence, the 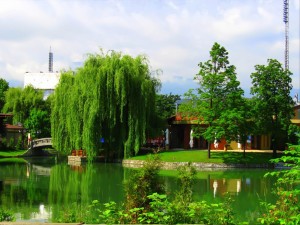 Universiada Hall, and in the recently completed multifunctional sports hall, the Sofia Armeets Arena. Participants in business meetings can also enjoy the varied possibilities for cultural tourism in the city, and facilities for mountain tourism at Vitosha are practically within the city limits.

Those interested in rural tourism, ecotourism, and golf will also find opportunities almost on their doorstep.

The favorite relax zone of Sofia is the main park, called Borisovata Gradina. It starts at the famous Orlov Most (Eagles Bridge) – the former Eastern gate of the city. Park has beautiful lily lake and the most interesting feature is a hand-carved wooden house by Racho Angelov. There is also the Ariana Lake, surrounded by modern style cafes and restaurants.

Sofia, as the second oldest European city, has lot of monumental venues reminding tourists of city’s history. Among its highlights is the Alexander Nevsky Cathedral, one of the symbols of Bulgaria, constructed in the late 19th century. It occupies an area of 3,170 square meters and can hold 10,000 people. The golden domed Alexander Nevski Cathedral is one of the most impressive monuments of Orthodox Christianity, and it is one of the biggest in Europe.

The SS. Cyril and Methodius National Library houses the largest national collection of books and documents (1,714,211 books and some 6 million other documents) and is Bulgaria’s oldest cultural institute.

The cuisine of Bulgaria is very similar to the cuisine of Turkey, and other Mediterranean countries. There is an abundance of fresh fruits and vegetables in the summer. A missionary favorite, Shopska Salad, is made from tomatoes, cucumbers, peppers, onions and Bulgarian Feta cheese (cirene). Bulgarians love to make jams, jellies and homemade juice from cherries, apples, peaches, apricots and quinces.

The city is also known for the Boyana Church, a UNESCO World Heritage site. It consists of three buildings.

The eastern church was built in the 10th century, then enlarged at the beginning of the 13th century by Sebastocrator Kaloyan, who ordered a second two storey building to be build next to it.

The frescoes in this second church, painted in 1259, make it one of the most important collections of medieval paintings. The ensemble is completed by a third church, built at the beginning of the 19th century. This site is one of the most complete and perfectly preserved monuments of east European medieval art.

The National Historical Museum in Boyana district has a vast collection of more than 650,000 historical items dating from Prehistory to the modern era, although only 10,000 of them are permanently displayed due to the lack of space.

Smaller collections of items related mostly to the history of Sofia are in the National Archaeological Museum, a former mosque located between the edifices of the National Bank and the Presidency.

Two natural sciences museums, the Natural History Museum and the Earth and Man, display minerals, animal species (alive and taxidermic) and rare materials. The Ethnographic Museum and the National Museum of Military History are other places of interest, holding large collections of Bulgarian folk costumes and armaments, respectively.