Respected companies are, therefore, dealing with the problem in a growing measure, motivating their managements and t 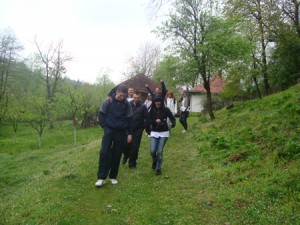 eams to get acquainted and communicate more closely, empowering their motivational will to realize ever better results in the company, and making the companies create an improved and more humane work setting.

In order to elevate the degree of motivation, develop the team spirit, improve the communication between employees and relieve them from stress, the companies are introducing special Team Building programmes, which foster interpersonal communication in solving the set tasks and in realizing the goals, making the participants’ will stronger, which is an important item in a company’s organization and one of the foundation stones for productivity and business efficiency.

This is the reason why the company DMC VEKOL included in its business profile the Team Building organisational programme, creating with its professional team programmes for various companies, according to their needs and goals.

The following is an example of a successfully applied programme for a world renowned company. 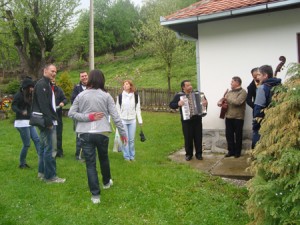 ng the programme for a world renowned company, the company DMC VEKOL concluded that the leading management in the region has a poor communication, which creates serious problems to them.

They created a task to shoot a film about a village, presenting the village as a natural attraction. But they also had to communicate with local villagers and get information for the film from them, identifying their problems via interviews, but without the aid of an interpreter.

The next assignment was to team up and form an Eco band to perform a concert of characteristic bucolic melodies, with concert audience made up of villagers who communicated with them when they shot the film. The duties were difficult enough, but as it was the case of top managers of a leading company it was expected they would complete the task successfully.

Some of the rather difficult duties were: finding a hamlet with the aid of a map, discovering an icon, and lectures on Orthodox P 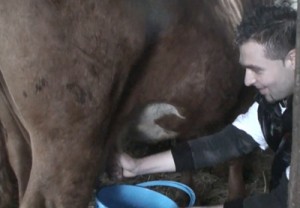 atron’s Day (Slava) and its meaning to the Serbian people, interviews with farmers and gathering information on life and work in the countryside, taking part in village works, such as milking cows and stable duties, visit to a dairy farm and taking part in making cheese, tasting the farm produce, and similar.

The peculiarity of this village is its way of organizing life and work in it. In Sitarice the house for living – the household is distanced from the fields to be tilled, and the livestock is housed in barns and stables located on the property, but outside the courtyards.

In farm households and courtyards one finds only the small animals. They are fed and kept by the landlady, while other members of the family tend the cattle. 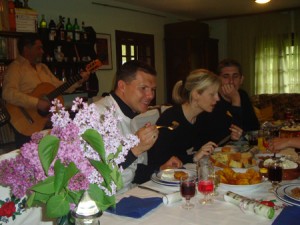 fe of a household is centred around barns and stables. Employees of this world famous company return to stables after heavy field labour only to do everything that is necessary for the animals, such as milking, feeding or cleaning, and only then they can go home.

It is in a circle around barns that the evening social life evolves, as the stables are built usually in groups for several families. Evening is the liveliest time of the day. Once they used to rest, dance and sing there after toiling in the fields, and everyone knew how to play an instrument.

It is past remembered nowadays, however, as villages are depopulated and there remain only a few where tradition and customs are still kept alive in reverence.