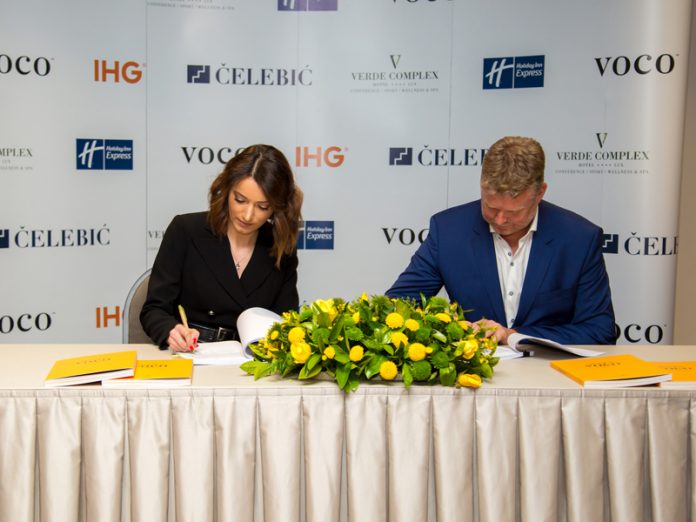 On April 22nd, 2019, Hotel Verde, which is part of the Celebic group, signed two franchise agreements with one of leading world companies in tourism – InterContinental Hotels Group (IHG).

Since last year, IHG has created a new brand vocoTM, under whose name will operate hotel Verde, starting from the end of this year. vocoTM is characterized by informal and charming style of individual hotels, with quality and confidence provided by the world respectable brands.

Another franchise agreement was signed for Holiday Inn Express hotel, which is planned to be open in 2020.