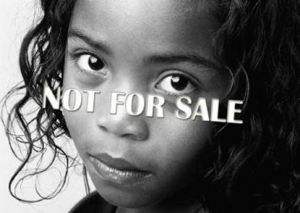 Fourteen prominent Spanish tourism businesses have signed up to follow the Global Code of Ethics for Tourism, a set of principles backed by the UN World Tourism Organization (UNWTO) and designed to guide the development of the industry in ways that maximize socio-economic benefits and minimize negative impacts.

“If responsible tourism is to become a tangible reality in our world, it is essential that the private sector, like their counterparts in public institutions, embrace the principles of ethical, sustainable, and universally accessible tourism”, said UNWTO Secretary-General Taleb Rifai, according to a press release released by the agency.

The commitment was made during the first International Congress on Ethics and Tourism which brought together more than 450 high-profile tourism officials, business leaders, international organizations and experts in Madrid, Spain, to discuss how to guarantee sustainable tourism as well as its role in poverty reduction, gender equality, and fighting exploitation in both the public and private sectors, among other topics.

As one of the largest economic sectors in the world, tourism creates jobs and wealth for millions, but can also pose serious challenges. Against this background, the Global Code of Ethics for Tourism – a set of guidelines and principles for the international tourism sector – was designed to minimize any negative impacts of tourism activity on destinations and host communities.

The Code of Ethics sets the tone for the debates at the International Congress on Ethics and Tourism, with sessions focusing on responsible tourism, fair tourism and poverty reduction, equality and exploitation. The role of the private sector in responsible and sustainable tourism was also addressed, with a session on corporate social responsibility featuring leading tourism companies.

The majority of the companies also signed the Code of Conduct for the Protection of Children from Sexual Exploitation in Travel and Tourism, committing themselves to concrete measures to protect children. The code was founded by ECPAT International, a global network for the elimination of child prostitution, child pornography and child trafficking for sexual purposes, and is funded by the United Nations Children Fund (UNICEF) and supported by UNWTO.

This commitment comes just ahead of World Tourism Day, whose theme this year was “Tourism – Linking Cultures“. Mr. Rifai had previously highlighted this as an opportunity for tourism to contribute to the aims of the UN Alliance of Civilizations, an initiative launched in 2005 by Spain and Turkey under UN auspices to promote better cross-cultural relations worldwide.

The Global Code of Ethics for Tourism is a comprehensive set of principles designed to guide key-players in tourism development. Addressed to governments, the tourism sector, communities and tourists alike, it aims to help maximize the sector’s benefits while minimizing its potentially negative impact on the environment, cultural heritage and societies across the globe. Adopted in 1999 by the UNWTO General Assembly, the Code of Ethics was officially recognized by the United Nations in 2001.