Due to the global economy and the financial situation which is still unstable, everything is still being organized with great caution and thoughtfully. This results in trends to keep the accent on local and regional markets.  The challenges of the limited budget or approval of the budget for organization of events only upon reported results, that is, the revenues from the campaign for quartile periods  (mainly), result in short period of time available for selection of destinations, hotels and agencies, and for the deciding. Furthermore, travel expenses are reduced by traveling to closer destinations and therefore there is reported increase in number of business travels and events among the countries of the region.

* Budgets are still limited, more business in the region

* Food and beverages are highly ranked as the criteria, focus on organic food

In the research conducted by SEEbtm magazine at the beginning of 2013, in the region of the Southeastern Europe, 46% of planners said to expect the increase in number of events in the year 2013. The basic reason for that lies in the increase of budget and scopes of work, but also in strategic decisions to increase the visibility in the market and the volume of education. The sector expecting the reduced number of events mainly comprises non-governmental organizations and the public sector. 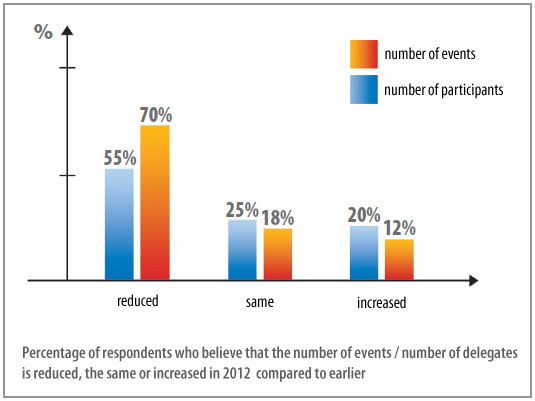 In the research (Destination Hotels & Resorts State of the Meeting Industry & 2013 Trend Forecast, www.DestinationMeetings.com) conducted by Destination Hotels & Resort, the fourth largest management company in the United States, more than 30% of organizers (planners) said that they expect the increase in number of events in the year 2013. They obtained the information that 55% of meeting planners in now planning in advance, with longer lead times, with 12% reservations, at least one year in advance, which was not the case in previous years.

The selection of food and beverages, as well as the quality of the restaurant offer and service is very important, as said by 85% of planners, with focus on healthy meals, prepared from organic ingredients. It is an excellent thing to provide the delegates with the opportunity to take part in growing and processing of food, as well as with the opportunity to taste the local dishes. Available and ready vegan and vegetarian menus are also required, as well as gluten-free food. 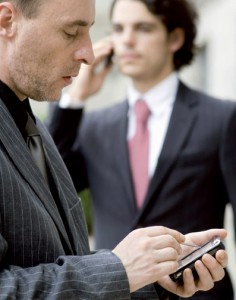 The importance of adventurous and team building activities, such as wellness, cultural and other activities was emphasized by 54% of respondents. That is the result of search for authentic, local experience, which is experienced through such activities, out of the conference room, after the event itself.

Social media is becoming the integral part of the event planning process. The decision about selection of the hotel is equally influenced by the comments found on TripAdvisor, online criticism of the guests, as well as the presence and reputation on the internet, in general.

There is also present integration of technology, in the process of event organizing. Online broadcasts, web conferences, video production on the spot of event, etc., are increasingly becoming frequent necessities. The increased need for technology is also observed in the fact that the budget items are gradually starting to include, within the total budget, the amount earmarked for technology, therefore, there are items such as A/V budget, technology budget, etc.