Home MUST READ Experts opinions TICKETS AT GREEN POINT STADIUM HAVE BEEN SELLING LIKE THE PROVERBIAL HOT... 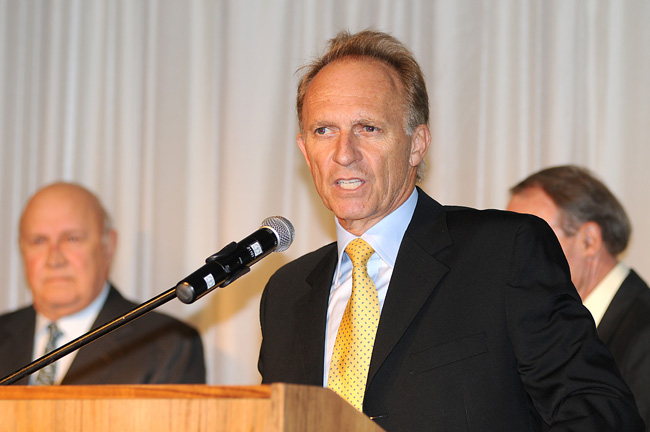 Rick’s background is rooted in marketing and advertising. He was MD of two advertising agencies during his last 10 years in the industry.

His involvement in tourism began in 1994 with the purchase of the Hout Bay Hotel in Cape Town, South Africa. From 1998 Rick was a pioneer in the greater Cape Town tourism industry where, as CEO of Cape Metropolitan Tourism he introduced numerous innovative marketing concepts such as Cape Town’s ‘Secret Season’, BestCities.net, Beautiful Bays and Great Wine Capitals of the World.

Currently Rick is managing the company named The Business Tourism Company, and during his working experience he also managed to come to Serbia in 2008 and to show, as a consultant and a lecturer, how to position the products and make progress in business tourism later on. His hometown is Cape Town, and considering this city’s huge popularity at the moment, the timing is more than perfect for sharing a part of Rick’s experience with the readers encountering a MICE product.

1. Through your leadership, Cape Town rose from 51 to 30 on the ICCA list of top international conference and incentive cities in 2000. Could you describe for SEEbtm magazine what challenges you had on your way to popularize and build MICE industry of South Africa and implement new innovative marketing concepts?

Coming out of the post-apartheid era we identified tourism as an economic driver to help kick start the destination. The Greater Cape Town area’s major challenge from an arrivals point of view lay between May and September – our winter. The need to deliver an all-year-round destination and to combat the seasonality trough gave birth to the Cape Town Convention Bureau and the Cape Town International Convention Centre. This was the start of the focus on the MICE sector which today continues to grow from strength to strength. 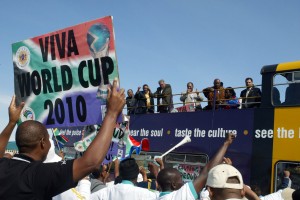 2. One of the major challenges at the time (1997) was a lack of industry knowledge and appreciation of the merits of this sector, particularly the job creation benefits. This was addressed via a comprehensive training / professional development programme.  After solid planning the destination started to climb the ICCA rankings ladder to the benefit of all stakeholders. South Africa will be the centre of the world’s attention as the country hosts the 2010 FIFA World Cup™ for the first time in Africa. This comes with numerous challenges and demands on the country’s resources. Could you tell us more about The Green Goal programme and how do you see potential of South Africa during manifestation and after it finishes?

The Host City of Cape Town has committed to responsible environmental management during the World Cup as well as leaving a legacy for its people afterwards. ‘Green Goal 2010’ is a programme that minimizes waste, uses energy efficiently, consumes water sparingly and compensates for the event’s carbon footprint.

Through the programme focus has been placed on practicing responsible tourism and infrastructure was planned and constructed with future generations in mind.

This will ensure a lasting legacy for the city after the final whistle blows. An example of one of the ‘Green Goal’ targets is the indigenous landscaping in the parklands around the beautiful new Cape Town stadium – 60 hectares of public open space and gardens have been developed.

3. What about social legacy of this manifestation? How much will this improve lives of ordinary people who live in the destination?

We are expecting somewhere between 300,000 and 480,000 foreign fans to arrive in South Africa for the tournament, spending US$ 1.17 Billion. This investment will be spread primarily in the tourist Mecca’s of the country such as the Kruger National Park, the Garden Route and Cape Town (Robben Island, Winelands).

According to research the 2010 FIFA World Cup will contribute R 55.7 billion to the South African economy and generate a total of 415,400 jobs.

In addition to this, in the run up to the event there has been strong focus on procurement policies supporting and further enhancing black economic empowerment and strengthening small and medium sized enterprises.

4. How South Africa looks like at the time of preparation for the World Cup? Now the start date is very close. Is it possible to notice bigger euphoria on citizens of South Africa? 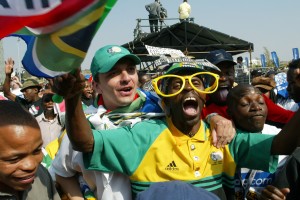 With just days to go before the kick off on the 11th June 2010 the country is ready to welcome its guests.

The football stadia have all been completed and have been given the ‘thumbs up’ by the LOC (Local Organizing Committee) and by FIFA.

Airports, hotels and restaurants are ready to warmly receive visitors – especially those from Serbia.

The nation and continent are electrified in their anticipation with specific world cup songs being created, as well as the special ‘diski dance’ (check it out on the web). And the vuvuzela’s (S.A.’s football trumpets) are already to be heard everywhere!

5. The Business Tourism Company’s ‘Training and Brainstorming’ workshops were organized in Serbia, having goal to develop exciting and profitable ideas that will rejuvenate tourism of Serbia  growth strategy plan as well as the energy of the team. What could you say about Serbia and South East Europe region when it comes to C&I market?

Serbia and South East Europe is a meeting destination just waiting to be truly discovered. The great work being steered by organizations such as the NTO (National Tourism Organization), the Belgrade and Novi Sad Tourism Organizations for example, is helping elevate the country and region’s attractiveness and appeal. Just watch the ICCA rankings and you’ll see how the country is clawing its way upwards. 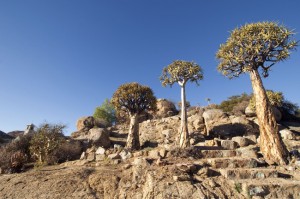 Cycling as a sport is very much part of my health regime and seven times Tour de France winner Lance Armstrong remains a motivational icon. He was recently in Cape Town to ride our Cape Argus Cycle Tour, the largest timed cycle event in the world.

I will obviously be following him post the World Cup in the 2010 Tour de France as he bids to win his 8th tour.

7. And football? Have you already booked your seat at Green Point Stadium?

Tickets at Green Point Stadium have been selling like the proverbial hot cakes and I’m hoping that Serbia (or Slovenia) make the final stages of the tournament so that I get to see a South East European team play in my own back yard. That would be incredible.