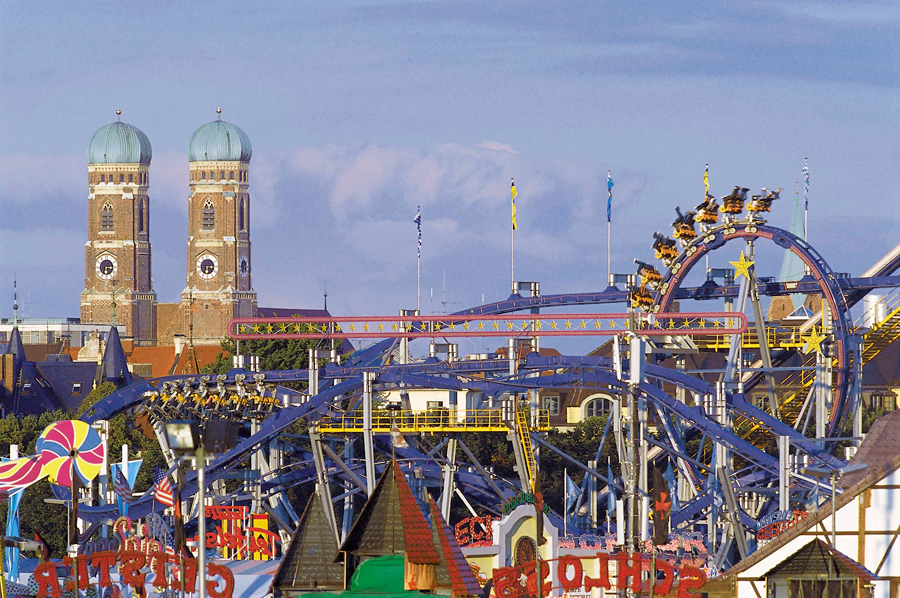 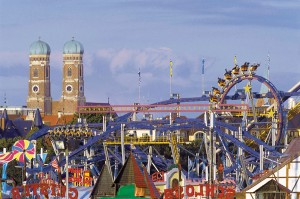 The Munich Oktoberfest, the largest folk festival in the world, has its origin in the wedding ceremonies of crown prince Ludwig, later King Ludwig I. of Bavaria, with Princess Therese of Sachsen-Hildburghausen in the year of 1810.

The City of Munich has been the organizer and developer of the Oktoberfest for the last 180 years. Dieter Reiter, Chief Executive and Governing Member of the Munich City Council, is the man responsible for the planning, management and execution of this world-renowned festival.

All important decisions regarding the Oktoberfest are made by the Economic Commission of Munich’s Municipal Assembly, which receives expert advice from Dieter Reiter and his team. The Oktoberfest represents an important economic value to the city which is estimated up to one billion Euro.

Approximately 12,000 people are working at the festival.

A wide range of entertainment-businesses, carousels, shooting and throwing galleries, attractions for children and nostalgic merry-go-rounds can be 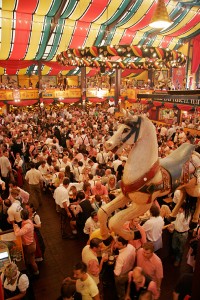 found on the grounds. Every year altogether roughly 600 businesses will be admitted. Apart from the 14 festival halls – popularly known as “beer tents” – of the major Munich breweries and the other large catering companies, there are about 114 medium-sized and small catering firms as well as other sales kiosks for sweets, ice cream, fruit, souvenirs, espresso and a stand for milk and milkshakes.

409 film and photo permits were granted to various film and TV teams as well as online services. Prior to and during the event press releases with a distribution of approximately 9,000 copies were passed out.

The press department recorded about 3,292 national and international press contacts.

The sales of the Wiesn caterers have remained stable compared to the previous year. The Oktoberfest trio “chicken, pretzel and beer” continued to be very popular. During the much frequented Midday Oktoberfest guests also enjoyed Bavarian delicacies, such as deer goulash, mushrooms in cream sauce and roast pork, all at discounted prices.

116 oxen and 57 calves were consumed this year. 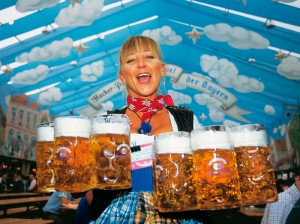 In addition to the environmentally compatible concepts, such as waste prevention and water recycling, all vendors at the Oktoberfest 2012 were provided with green electricity. The new campaign “Friends of the Wiesn Climate” made it possible to familiarize the public at large with Munich’s worldwide leadership with respect to climate and environmental management at the Oktoberfest. It also helped to motivate people to become active and reduce their own CO2 emissions.

Greetings from the Whole World

Just like last year the post office accepted approximately 130,000 letters and packages bound for destinations all over the world.

Attentive guards recovered about 111,000 beer steins from souvenir hunters in the tents and at the main exits of the festival grounds.