Home MUST READ Experts opinions The congress must represent a strong bond of the Croatian Cardiology with... 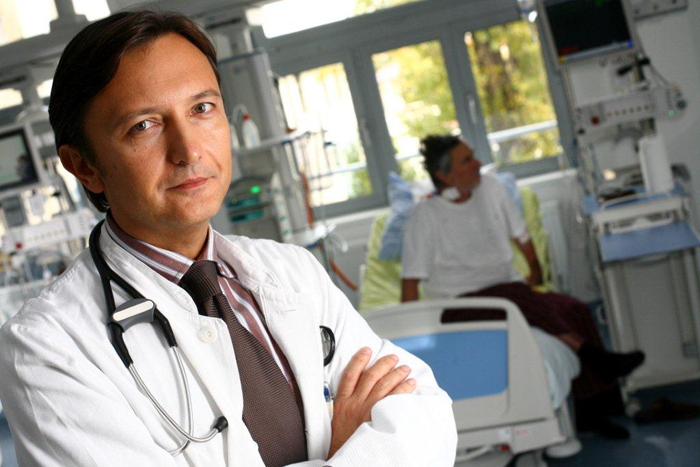 Prof.dr.sc Davor Miličić was born in 1962 in Zagreb, where he graduated in 1986 from the Faculty of Medicine. Since 1993 he has been working at the Clinic for Heart and Vein Diseases. In 1995 he was scholarship holder at the University Clinic in Hamburg.

making a thesis statement for an essay. https://www.seebtm.com/good-essay-conclusion-examples.

Although he received offers to stay in Germany, he came back to Zagreb, where he became president of the Croatian Society of Cardiology in 2003. He was elected president three times successively by means of secret ballot. He works also as full professor for internal medicine and cardiology at the Faculty of Medicine at Zagreb University and as Medical Director at the Clinic for Heart and Vein Diseases of the Faculty of Medicine – the leading institution for cardiology in Croatia. Within cardiology, he specializes in intensive treatment of cardiology patients and administers the program for the treatment of terminal cardiac decompensation and transplantation in the Clinical and Hospital Centre in Zagreb.

From the beginning of the academic year 2009/2010, he also performs the function of Faculty Director of the Faculty of Medicine at the Zagreb University, for which he was also elected by means of secret ballot by the members of the Faculty Council for the mandate 2009-2012. He is the Founder and Director of the Foundation „Croatian House of Heart“, established a week ago, which will enable Croatia to join the network of Cardiology foundations in Europe and worldwide. Prof. Miličić has never been a member of any political party, and it is known that he refused the offer of the Ex-Premier Dr. Ivo Sanader, at that time, to become the health minister.

Apart from some other renowned international meetings which he presided, one should emphasize here that the European Society of Cardiology chose him to be the main director of the Dubrovnik Cardiology Highlights – An Update Programme in Cardiology. These are meetings of the European Society of Cardiology that take place biennially, and the first such symposium was organised by Prof. Miličić in Dubrovnik in 2009. He is author of numerous publications in international magazines and also wrote several chapters in renowned international textbooks of cardiology and intensive medical care.

He received several awards, among which one should mention the award „International league of Humanists“ for 2008 and the award of the Croatian Academy of Science and Art „for the highest achievements in medical science“, awarded to him in 2010. He was invited as lecturer in a whole range of international meetings, participated as researcher in a considerable number of international projects. He is also active in the European Society of Cardiology. Within this context, one must mention two mandates in the Congress Programme Committee of the largest Congress of Cardiology worldwide, and his membership in the Education Committee. He is member of the Licensing Board in Echocardiography of the European Association of Echocardiography and consultant to the European Association for Cardiovascular Prevention and Rehabilitation.

Stress is nowadays part of the everyday life of every man. Some experts maintain that its influence is overrated. To what extent can we claim that stress is the cause of heart attacks?

Approximately 50 years ago, when one noticed that the myocardial infarction was becoming the leading cause of death in developed, industrialized countries, it sounded very logical to link modern lifestyle with it, which includes an increased exposure to stress, a significant risk factor for the origination of heart attack.

There followed large epidemiologic research for possible causes of the myocardial infarction and this conducted research has in some way suppressed the assumed impact of stress on the origination of heart attack and emphasized other well known risks and diseases like smoking, sessile way of life, overweight and unhealthy diets, further arterial hypertension, disorder of the metabolism of glucose, i.e. diabetes, as well as disorder in the metabolism of lipids. However, in the recent years there have been more and more papers that indicate the importance of stress for the development of cardiovascular diseases.

The results of the research I have recently conducted with my team also point to some other important psychical features that are significantly more conspicuous in patients with myocardial infarction than in healthy interviewees of the same age and sex, such as anxiety, depression and personality type. Due to the significance of this topic, the pending 8th Congress of the Croatian Society of Cardiology shall have a separate section entitled „Psychocardiology.“

What are the future trends in the development of cardiology and cardiac surgery?

Cardiology is a science closely connected with new technologies and electronics, which opens up undreamed diagnostic possibilities, but also new therapeutic procedures, e.g. the implantation of sophisticated electro-stimulators that can recognize and stop arrhythmia or resynchronize the work of the decompensated heart.

In the same way, new efficient medications for a range of diseases and conditions are continuously being developed, new intervention methods for coronary arteries, new stents, mechanical heart pumps with ever smaller dimensions and ever longer foreseen useful life. Cardiac surgery is moving towards the so called minimally invasive interventions evading the classical „big surgery“ wherever possible; also robotic surgery develops, enabling higher precision of the intervention with the operator seating in front of the managing console several meters away from the patient on the surgical bed.

The borderline between cardiology and cardiac surgery is gradually disappearing and I believe that in some ten years from now there will exist a unique specialization in the domain of cardiovascular medicine, in which also new sub-specializations will be developed: from diagnostics via endovascular interventions up to modern chirurgical interventions with the aim to cause as little patient mutilation as possible, with a wide use of the achievements of modern electronics, robotics, bioengineering, genetics and the overall progress of biology and technology.

The Congress of the Croatian Society of Cardiology, whose president you are, is the most important und largest cardiology congress in Croatia. How much influence does this Congress have on the development of Croatia as a country with advanced cardiology and cardiac surgery?

The congress is an opportunity for us to recapitulate every two years our own scientific and expert achievements in cardiology and to discuss all relevant topics. However, I have always been adamant that the Congress must serve as a strong link between Croatian cardiology and the top achievements of cardiology in Europe and worldwide, especially as the link to our umbrella international institution – the European Society of Cardiology.

I never looked for patrons from the field of politics, but from the field of science and from my own expert field. It happens that I am well befriended with the current President and with numerous other head officials of the European society of Cardiology, so I showed them the Programme of the Congress and obtained for it complimentary assessments. It was then that it occurred to me that I could ask them for patronage. Within 24 hours they sent me warm greetings and a positive answer.

So, it was not difficult to obtain the patronage itself, it was more difficult to promote it and to participate in it with continuous work to urge the progress of Croatian cardiology in not so easy conditions, as well as to convince our friends from Europe that one small and relatively poor country has developed a high standard in cardiology and deserves international recognition.

Bearing in mind that the Congress has international participants, is there a tendency to use it to connect Medical Faculties between the countries in the region?

If we talk about connecting Medical Faculties one must mention the fact that Croatia is becoming a full member of the Erasmus program, which implies a wide international cooperation, i.e. exchange of students, assistants, professors, as well as of non-teaching personnel.

The faculty in Zagreb has intensified its activities in the field of international cooperation and we deem it important for the reputation and quality of our Faculty.

If you ask me about the Congress, I intend to be hold to the same principle as I do at the Faculty – one should certainly develop regional cooperation, but the international cooperation should be significantly wider and include different European countries, as well as renowned cardiologists from the USA and from other parts of the world. 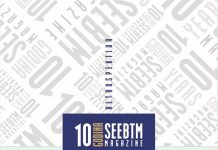