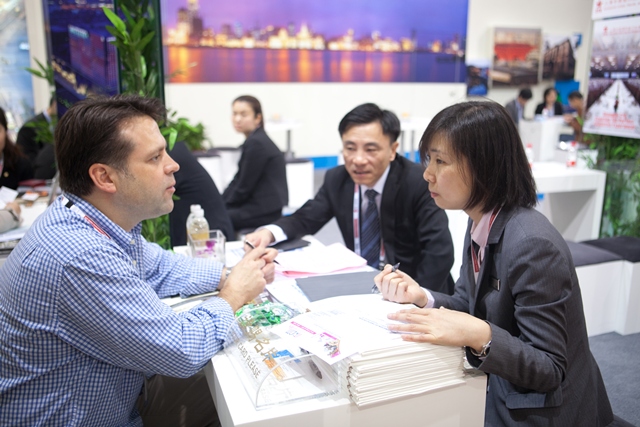 This was the 8th installment of the international MICE event that seeks to “Promote China to the World and the World to China”.

The unprecedented strength of the local participation was evidenced most significantly in the Chinese buyer numbers where close to 480 attended over the 3 days. Total International and Chinese buyer attendees exceeded 600. This surged the ratio of Chinese buyers to an all-time high of 70% of all buyers delegation.

“IT&CM China 2014’s achievement in attracting both quality and quantity of Chinese buyers is not just a reflection of the massive buying interest from Mainland China, but also the strength of the organisers’ network and resources to reach valuable segments that both our International and Domestic exhibitors deliver,” commented Zhang Jian, Executive GM of CITS International MICE, one of the show’s three co-organisers on this year’s dominance of Chinese buyers.

IT&CM China 2014 welcomed some 3,000 MICE professionals from sectors including DMCs, PCOs, corporate travel and associations from both International and Chinese regions.
Adding to the significance of this, Darren Ng, Managing Director of TTG Asia Media, co-organiser behind IT&CM China, remarked, “The Chinese MICE industry itself is burgeoning at 20% annually, reflecting endless opportunities for both international and domestic MICE suppliers alike. Our unsurpassed proportion of Chinese buyers fulfils both international and local suppliers’ intention of boosting outbound and domestic traffic respectively.”

The overwhelming potential of fresh procurement opportunities made tangible as a result of a whopping 65% new buyers across the board, had scored top marks among exhibitors and other stakeholder delegates. This was made possible through several initiatives including the partnerships with CATS, as well as an advisory board of proactive local corporate travel authorities that led to the Corporate Travel Roundtable road show series launched last year in Shanghai and Chengdu.

These efforts contributed to new Chinese MICE and Corporate buyer faces at IT&CM China 2014. Another exciting highlight of this year’s show included the launch of Corporate Travel World (CTW) China beginning in 2015. 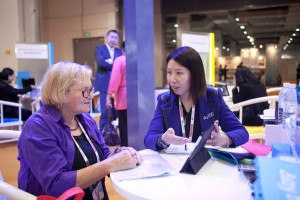 This year’s showcase also featured 154 new exhibiting organisations, as well as new representatives from the cruise and airline sectors and offerings from the United Kingdom and the United States of America, and made this IT&CM China 2014 exhibition edition the largest in its history.

IT&CM China 2014 welcomed some 3,000 MICE professionals from sectors including DMCs, PCOs, corporate travel and associations from both International and Chinese regions. Other event features included more than 600 registered buyers, 400 hosted delegates, over 12,000 on-site business appointments and more than 70 business, education and networking sessions over the three days. IT&CM China 2014 pre-event activities kicked-off with city tours of Shanghai and on-site registration of pre-registered delegates.

Since 2007, IT&CM China has established itself as China’s leading international Meetings, Incentives, Conventions and Exhibitions (MICE) business, education and networking event, dedicated to “Promoting China to the World and the World to China”. Bringing together Chinese and International MICE exhibitors and buyers in one dynamic marketplace, IT&CM China is the platform for international and leading Chinese players in the MICE industry to explore business opportunities on all fronts – inbound, outbound and domestic. Delegates to the 3-day event receive the best return on their investment in business, education and networking through structured business appointments, exhibition showcase, seminar sessions, official networking functions and tours. IT&CM China is part of the IT&CM Events series organised by TTG Events, a business group of TTG Asia Media. This event is co-organised by CITS International M.I.C.E – a wholly-owned subsidiary of CITS (China International Travel Service), and MP Shanghai.