65th International Congress of the European Society for Cardiovascular and Endovascular Surgery will take place in Belgrade, from April 21st to 24th 2016.

After 40 years, Belgrade will host this congress for the second time, thereby joining the mere few other cities that organized this event two times.

As the upcoming congress approaches, we had opportunity to talk to PhD Lazar Davidovic, President of the Local organizing committee and one of the most meritorious people for selection of Belgrade as the destination for this years’ congress.

1. The 65th ESCVS Congress will take place this year. Can you tell us more about this event?

European Society for Cardiovascular and Endovascular Surgery (ESCVS) was founded in Torino in 1951. The first congress of this society took place in Strasbourg in 1952. Only 11 European countries’ representatives participated. One of them was PhD Vojislav Stojanovic, national representative of the former SFRY. PhD Stojanovic was very active in the following couple of decades, so he even became the Vice-president of the Society.

It was because of him that the first jubilee – 25th congress was organized in Belgrade in 1976. Current generation of Serbian cardiovascular and endovascular surgeons has its chance and also a privilege.

Basic idea of the European Society for Cardiovascular and Endovascular Surgery, world’s oldest association of this type, is to promote research and study of cardiovascular diseases and coordinate the transfer of scientific achievements. One of the most significant roles of the ESCVS was to enable the exchange of ideas in the area of heart and blood vessels diseases through scientific gatherings and personal contacts between specialists in cardiovascular and endovascular surgery.

2. Within the Congress you are trying to affirm young surgeons, as well as to expand the possibilities of participation. In what way are you accomplishing that?

Young cardiac and vascular surgeons – but also cardiologists, anesthesiologists, nurses, and technicians – will be able to learn a lot by attending expert lectures during the congress. In fact, the invited speakers at the congress will include close to a hundred experts (cardiac surgeons, vascular surgeons, anesthesiologists, cardiologists…) from Europe. Some of them are counted among global leaders in their fields. Their lectures will be organized within the plenary session of the congress, specialized cardiosurgical and vasculosurgical symposia, seminars, workshops, and lunch symposia. Cardiologists led by PhD G. Milasinovic and PhD P. Seferovic will organize further joint sessions dedicated to current issues in pacemaker therapy and treatment of heart failure.

European Society for Cardiovascular and Endovascular Surgery, world’s oldest association of this type.

There will also be sessions intended for cardiovascular anesthesiologists (organized by PhD M. Jovic), nurses, and technicians – including those dealing with perfusion. A joint session of the ESCVS and the European Society of Vascular Surgeons (ESVS) will be organized for the third time. The UNESCO session will see its second edition at the ESCVS congress addressing bioetehical issues in cardiovascular medicine.

One of the activities preceding the congress will also be the regular annual meeting of the associates of the large multicentric randomized ACST2 study on the treatment of carotid disease to be held on 20th and 21st April. The meeting is organized in collaboration with the University of Oxford, with the Department of Vascular and Endovascular Surgery of the Clinical Center of Serbia and the Department of Vascular Surgery of the Dedinje Institute taking on particularly significant roles as participants.

The meeting will be attended by around 100 participants from prominent European centers that provide treatment of these diseases, most of which will be participating in the Congress. 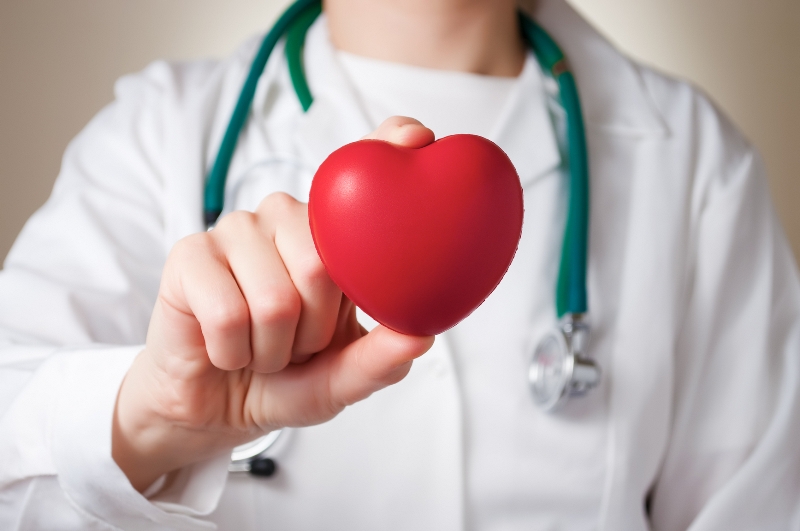 The congress itself will offer young surgeons opportunity to demonstrate their knowledge. More specifically, they will be able to present their selected work at 22 abstract sessions in the field of cardiac and vascular surgery, as well as cardiovascular anesthesia.

[quote_box_left]This Congress was preceded by the eight years of PhD Davidovic and five years of MD Koncar’s activity in the association.[/quote_box_left]

The best among them will also receive financial rewards awarded by a jury panel of specialists. At the upcoming congress, the attendees will also be able to witness tips and tricks by the leading European experts to be presented within the cinema session named Cardiovascular Cinema.

Thanks to the congress, Belgrade will join the mere few European cities that organized the congress twice (Moscow, Istanbul, Venice, and Budapest). I have already said that Professor Stojanovic has been extremely active in the ESCVS for two and a half decades. After several decades, MD Koncar and I have been presented with this chance and privilege.

As it were, in 2008 I was elected as a member of the Executive Committee of the ESCVS. So far I served on it as Special Adviser for Vascular Surgery, as well as President of the Scientific Committee for Vascular Surgery. In that capacity I organized the scientific vascular program during the annual ESCVS congresses in Moscow in 2011, Dubrovnik in 2012, Regensburg in 2013, and Nice in 2014. In Nice I was nominated for the President of the ESCVS for 2016 – 2018, which is the biggest international title that any Serbian cardiovascular surgeon has held so far.

[quote_box_right]The congress will see nearly 100 invited speakers, from which some are the global leaders in their fields and 500 to 600 participants.[/quote_box_right]

At the same time, from 2011 to 2015 MD Koncar was the first President of the Junior Committee of the association, and the main task was the promotion of associations among young cardiac and vascular surgeons. Among other things, the Committee initiated the Summer-Winter School themed “How to write a professional paper?”. So far, the school has been organized in 2012 in Aosta, Italy, in 2013 in Izmir, Turkey, in 2014 in Belgrade, and in 2015 in Crete, Greece. Now MD Koncar is an adviser to the Executive Committee of the ESCVS.

I believe that the many years of our activity are the main reason for Belgrade getting to host the 65th annual congress of the ESCVS in 2016. Specifically, this Congress was preceded by the eight years of mine and five years of MD Koncar’s activity in the association.

4. How many participants are you expecting at the congress and from which countries?

As I mentioned, the congress will see nearly 100 invited speakers. As for the number of participants expected to attend the congress, the forecast is between 500 and 600 participants.

The highest number of participants will be from European countries considering the nature of the congress, but we already have confirmations by surgeons from the USA, Azerbaijan, Kazakhstan, South Korea, China, Japan, Brazil…

5. In your opinion, what is the significance of the congress for cardiovascular and endovascular medicine in Serbia, as well as for Serbia as a MICE destination?

In my experience, the organization of such events is important even for the biggest countries of the world. That is why some of the most important international gatherings in the field of cardiovascular surgery are organized each year in major cities around the world (New York, London, Paris, Rome…). For all those reasons, this congress is of great importance – not only for the Serbian cardiovascular medicine, but for medicine as a whole. In addition to the professional, there are great economic interests.

[quote_box_right]PhD Davidovic was nominated for the President of the ESCVS for 2016 – 2018, which is the biggest international title that any Serbian cardiovascular surgeon has held so far.[/quote_box_right]

Thanks to the congress, Belgrade is going to be visited by many already well-established but also by many young surgeons for the first time. At the same time, it is my opinion that the forthcoming congress will contribute to the overall development of vascular and cardiac surgery and cardiology in our country and the region.