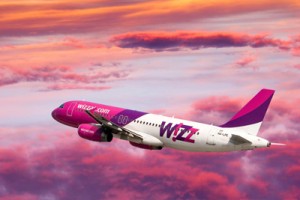 Wizz Air, the major CEE low-cost airliner, announced the opening of its 13th in a row base in Belgrade in April 2011. The Belgrade airport will host a company’s new aircraft, Airbus A320.

At the same time, Wizz Air will introduce 5 new routes from Belgrade to Rome, Malmo, Stockholm (Skavsta airport), Eindhoven and Munich (Memingen airport) in addition to the current flights to London and Dortmund.