Travel makes us rich in many ways. It broadens our horizons, changes our general outlook on the world, and is an ennobling and learning experience. When we travel, we usually have a list of sights that we want to see. Museums are on the list.

In Paris you have seen the Louvre, in New York the Metropolitan Museum, in Madrid the famous Prado. The list can be endless. But did you know there are museums with artefacts of somewhat unusual form? I am talking about sad memories, bad drawings, underwater objects, and ninja warriors. You didn’t? Well, here is your chance, because these are some of the most, let’s say, interesting ones 🙂

Breakups are always difficult and sad. But, after their breakup, two artists from Zagreb decided to make something interesting – the Museum of Broken Relatinships. The artists are film producer, Olenka Vistica and academy painter, Drazen Grubisic from Zagreb, who were in a relationship for four years. When they broke up they didn’t know what to do with all their joint possessions and joked that they could make a museum and keep them there.  In 2006, Drazen called Olenka and reminded her of that idea. They both asked their friends to donate items they had kept after breaking up with their partners and thus the first collection took form. It was exhibited for the first time that same year, at the 41st Zagreb Salon in the Glyptotheque of the Croatian Academy of Sciences and Arts. A world tour followed, and the collection was exhibited in Argentina, the South African Republic, Singapore, Turkey, Germany, the Philippines, USA, Great Britain, Bosnia and Herzegovina, Slovenia, Macedonia, and Serbia. They continued to collect new items donated by museum visitors, most of which were brought by the citizens of Berlin when the exhibition came to that city in 2007.

The museum officially opened in Zagreb in October 2010 and received the prestigious Kenneth Hudson Award from the European Museum Forum as the most innovative museum in Europe. The exhibited items are often accompanied by the love messages of their former owners and their testimonials, thoughts, and descriptions of the moments they had shared with their partners, of which the items reminded them. You will see a bottle opener used to open a bottle of wine on a first date, shoes worn by a lady at the first dinner with her beau, engagement rings, love songs, even a wedding dress. Interestingly, this was the first privately owned museum in Zagreb. It is open seven days a week, which may be one of the things that make it a favorite among tourists. Besides its unusual collection, of course 🙂 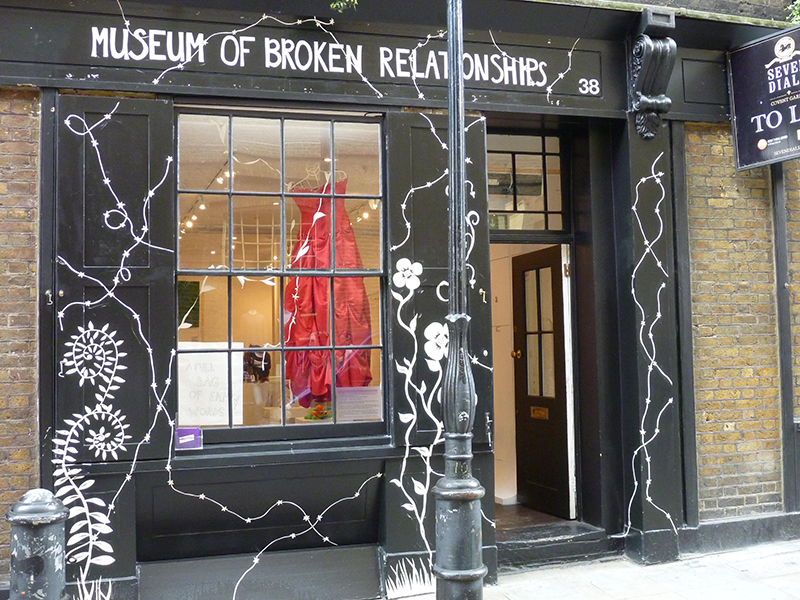 The Cancun Underwater Museum is dedicated to the art of conservation i.e. preservation. The museum has a total of 500 sculptures, mostly by British sculptor Jason deCaires Taylor and Mexican sculptors, with three different galleries submerged at a depth varying between three and six meters in the waters of the National Marine Park of Cancun.
Why anyone would make an underwater museum, you may be wondering. The museum was conceived by the director of the Marine Park, Jaime Gonzalez Canto with Taylor’s help in order to save the surrounding coral reefs by providing an alternative attraction for divers. The project started in 2009 and was officially launched in November 2010. One of the things that make it in te resting is that entry is permitted only to those wearing diving gear 🙂 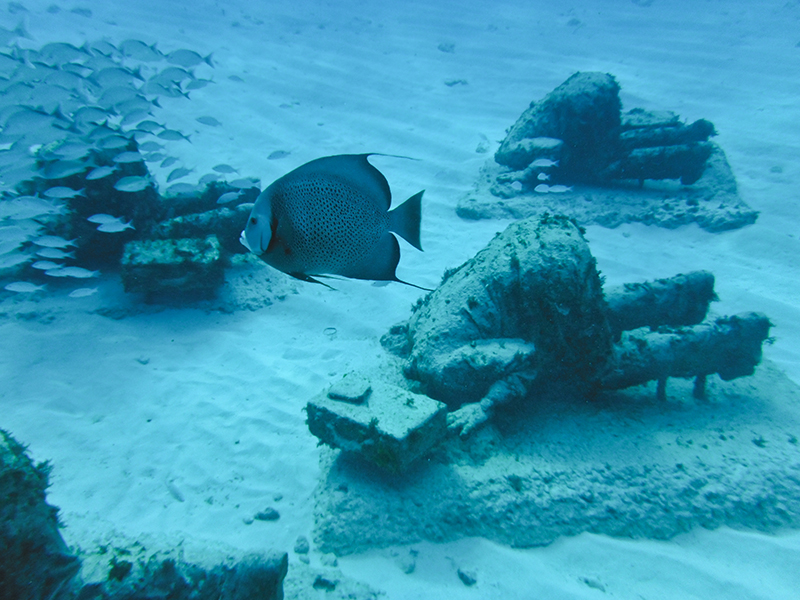 In order to place the statues at the bottom of the sea, Taylor used a special lift to ensure the sculptures would not be damaged during the descent. Everything was made of pH­-neutral sea concrete on the ground and cleaned before being placed in the water to eliminate chemicals that could be harmful to the ocean, sea life, and the coral reef. Among other things to see, the museum has over 400 human figures shown in positive or negative interaction with the environment. They show how people can live in harmony with nature but al so how they are destroying it. Artificial reefs are usually made by sunken ships and other objects that have fallen to the bottom of the sea.  The statues mentioned above represent a new technique of growing corals and is thought to be an art form that could save the oceans. As the statues are made of pH-­neutral cement, the corals, sea weed, and algae can grow and flourish better than in an old shipwreck, for instance. The statutes have holes allowing sea animals to live there and feed on corals. This ensures the growth of coral reefs and the propagation of sea life.

The museum was founded in 1994, after antique dealer Scott Wilson showed a painting he had recovered from the trash to some friends, who suggested starting a collection. Within a year, receptions held in Wilson’s friends’ home were so well­ attended that the “collection” needed its own viewing space.  The “museum” then moved to the basement of a theater in Dedham. Explaining the reasoning behind the museum’s establishment, co­-founder Jerry Reilly said in 1995: “While every city in the world has at least one museum dedicated to the best of art, the Museum of Bad Art is the only museum dedicated to collecting and exhibiting the worst.” 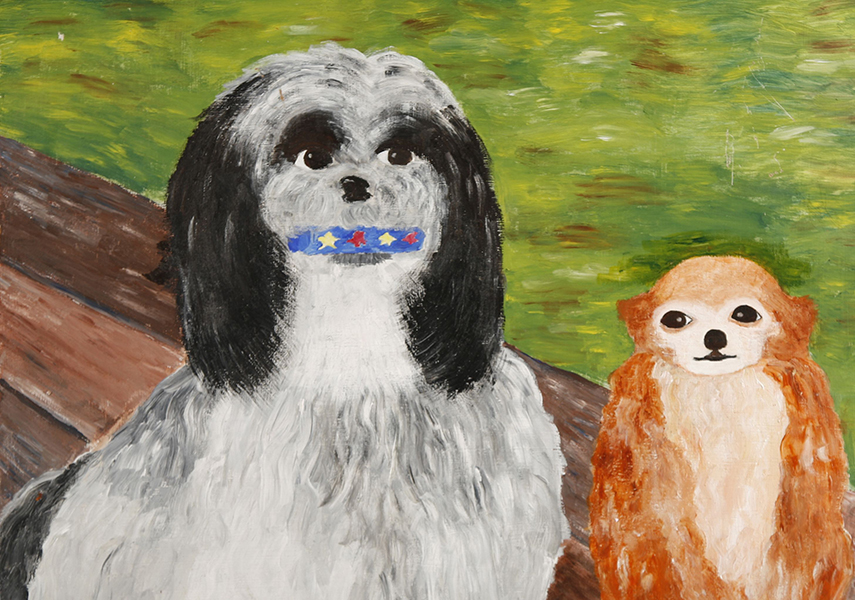 Are you wondering how the artefacts are selected? For a “work of art” to be included in the museum’s collection, works must be original and have serious intent, but they must also have significant (not to say, major :)) flaws without elements of deliberate kitsch. So, the art should be so bad that it simply cannot be ignored 🙂 The Museum of Bad Art is still privately owned and its aim is to display the works of artists who would not be exhibited or valued anywhere else. Its permanent collection now includes over 700 exhibits, of which 25 to 35 are always available to the public.

The first association to Japan is certainly ninja warriors, a part of this island country’s cultural heritage and its symbol. As a result, in 1964 the Japanese established a museum dedicated to the history of the ninja and ninjutsu in Mie Prefecture, near the Iga Ueno Castle. Jinichi Kawakami, who serves as the museum’s honorary director, is proclaimed to be the 21st head of Iga­ryū ninjutsu. The Iga ninja, to whom the museum is dedicated, were trained in hiding, handling explosives, medicine and the art of making poisons, but were also prepared for conventional warfare, like fighting without weapons. The museum collection is as impressive and interesting as the lives of these warriors. It includes ancient ninjutsu writings analyzed scientifically along with ancient ninjutsu weapons.  The museum has audiovisuals, models and extensive displays of the weaponry and techniques employed by ninja. There are over 400 ninja tools on display, including shuriken actually used in the time of the ninja. The museum also features a model village with tours and demonstrations of its features. In the Mini Theatre within the museum, visitors can see interesting footage of ninja approaching stealthily, entering and then exiting the Ueno Castle unnoticed. In the Ninja Tradition Hall, visitors can find out more about the secret codes used by the ninjas, ninjutsu, see the day of a ninja and read the wise principles they lived by. On certain days, Ninja shows are performed, live demonstrations in the use of weapons like shuriken, swords, and kusarigama. 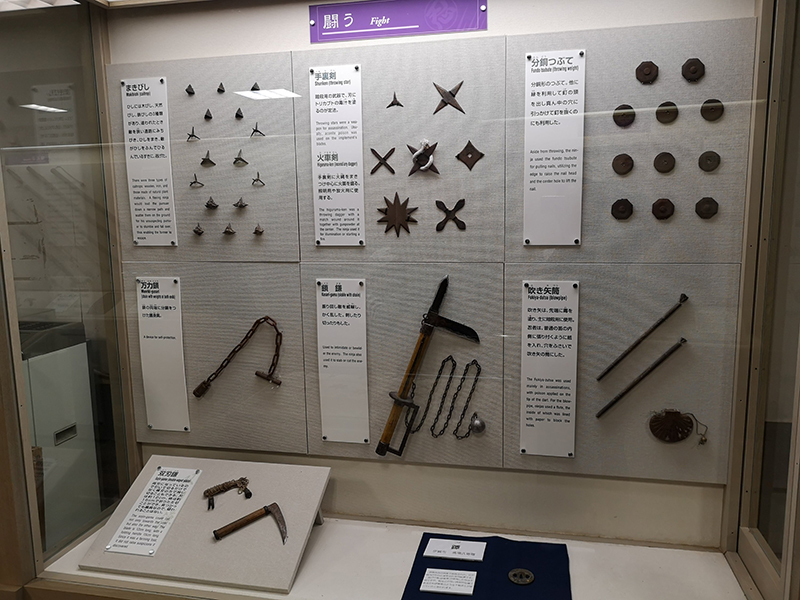 Art comes in various forms. Wouldn’t it make a really welcome difference if the next time you visit a certain destination you inquired ahead of time about less conventional museums? We are sure you would enjoy yourself. You could even make a list of fascinating museums you want to visit 🙂