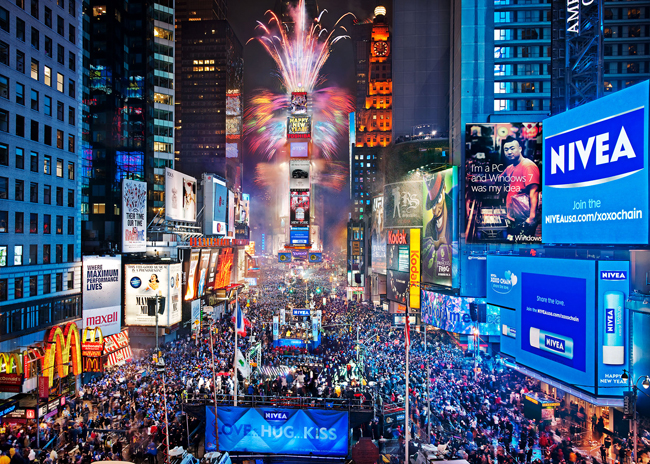 What stays in the memory and is re-told over and over again during the whole year are certainly the prettiest celebrations of the New Year’s Eve in the world. Every year, the countries with their cities compete with the rest of the world who will carry the epithet of the most spectacular city in the maddest night. The reward on this competition is not material, but it contributes to a large extent to popularisation of a destination. Huge budgets are earmarked for this occasion, records are smashed in use of pyrotechnical means, lights glittering at midnight are counted…, and one day the climax is probably going to be the ”Planet Earth on Fire“ seen with the eyes of aliens.

This year celebration was marked by beautiful live transmissions from the largest world cities, coming one after another, and received with eyes wide open and without any comments.

According to the tradition, the inhabitants of New Zealand and southern Pacific islands were the first to welcome the forthcoming year. On this occasion, the New Zealanders were the first ones to see the New Year’s fireworks shining above the heads of hundreds of thousands of people. 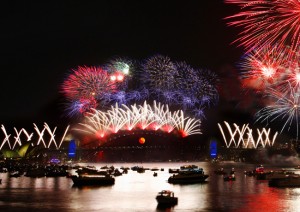 In the port of Sydney, breathtaking fireworks were shown to welcome the new decade. Whole concept of New Year’s Eve was woven through the special events and Firework Displays to make the night an unforgettable experience for Sydneysiders and viewers around the world.

An awe-inspired audience of 1.5 million people was treated to a visual feast, featuring never before seen firework shapes, including bowties, lightning bolts, crescent moons and a star inside a ring. For the first time, a multi-layered Bridge Effect on the Sydney Harbour Bridge transformed from a peace symbol to a smiley face and a target before the stunning finale – a giant hand waving to the audience.

For this, 15 months planed event, numbers speak for themselves – the highly-anticipated Bridge Effect secured by 70,000 cable ties, using 16 kilometres of rope light and weighing 40 tonnes – while approximately 100,000 individual pyrotechnic effects including 11,000 shells, 25,000 shooting comets and weighing 4,500kg have been loaded onto barges and the Sydney Harbour Bridge.

After that, New Year was arriving in order across the Asia and in the Middle East, and finally struck its beginning in the Old Continent. The New Year’s Eve celebration in London was a real spectacle for half a million of gathered people, and in Scotland, where the four-day holiday of Hogmanay is celebrated, 25 thousand of people participated in the traditional burning of a model Viking ship. The Dutch celebrated eating deep-fried doughnuts covered with powder sugar with the inevitable champagne, while Berlin hosted the biggest open-air party in the world.

On New Year’s Eve, Berlin throws the biggest open-air party in the world. 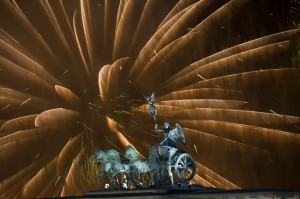 Along one of the world’s most beautiful and famous streets, the Straße des 17. Juni between Brandenburger Tor and Siegessäule, each year an outstanding event takes place. This fantastic event welcomes more than one million visitors and gives the start to 2011.

Two kilometres or an overall space of 80,000 square meters with show stages, video screens, a media centre, party tents, food and refreshment stands, light and laser performances as well as spectacular midnight firework display as the ultimate highlight of the event.

Each year the New Year’s Eve Party in Berlin is a unique and extremely impressing event with a very special atmosphere. People from all over the world cheerfully celebrate the turn of the year in the German capital.

And last, we are coming to America. America considers the New Year’s Eve to be the main social holiday. For the last 100 years, the Times Square celebration is transmitted in whole America. Gliding down of crystal New Year’s bowl with 32000 lights and countdown on the Times Square in New York are one of the most famous street celebrations in the world. 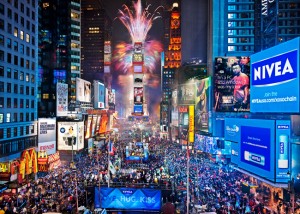 Every year as the clock nears midnight on December 31st, the eyes of the world turn once more to the dazzling lights and bustling energy of Times Square. Anticipation runs high. New Year’s Eve at the symbolic centre of New York City has become more than just a celebration – it’s a global 106-year-old tradition. The world holds its breath…and cheers as the clocks strike twelve.

As the famous New Year’s Eve Ball descends from the flagpole atop One Times Square, an estimated one million people in Times Square, millions nationwide and over a billion watching throughout the world are united in bidding a collective farewell to the departing year, and expressing their joy and hope for the year ahead.

With the wishes to leave everything bad behind us, and never to forget all the nice things, we said goodbye to 2010, while the new year of 2011 was received with new dreams, hopes, most sincere wishes and expectations for better tomorrow. As far as the world capitals and their celebrations are concerned, a whole year is left for them to design new exciting celebrations, on one hand, and to wait for new magic moments on the other.