Home MUST READ Experts opinions The demand is there, success will be all about creative packaging and... 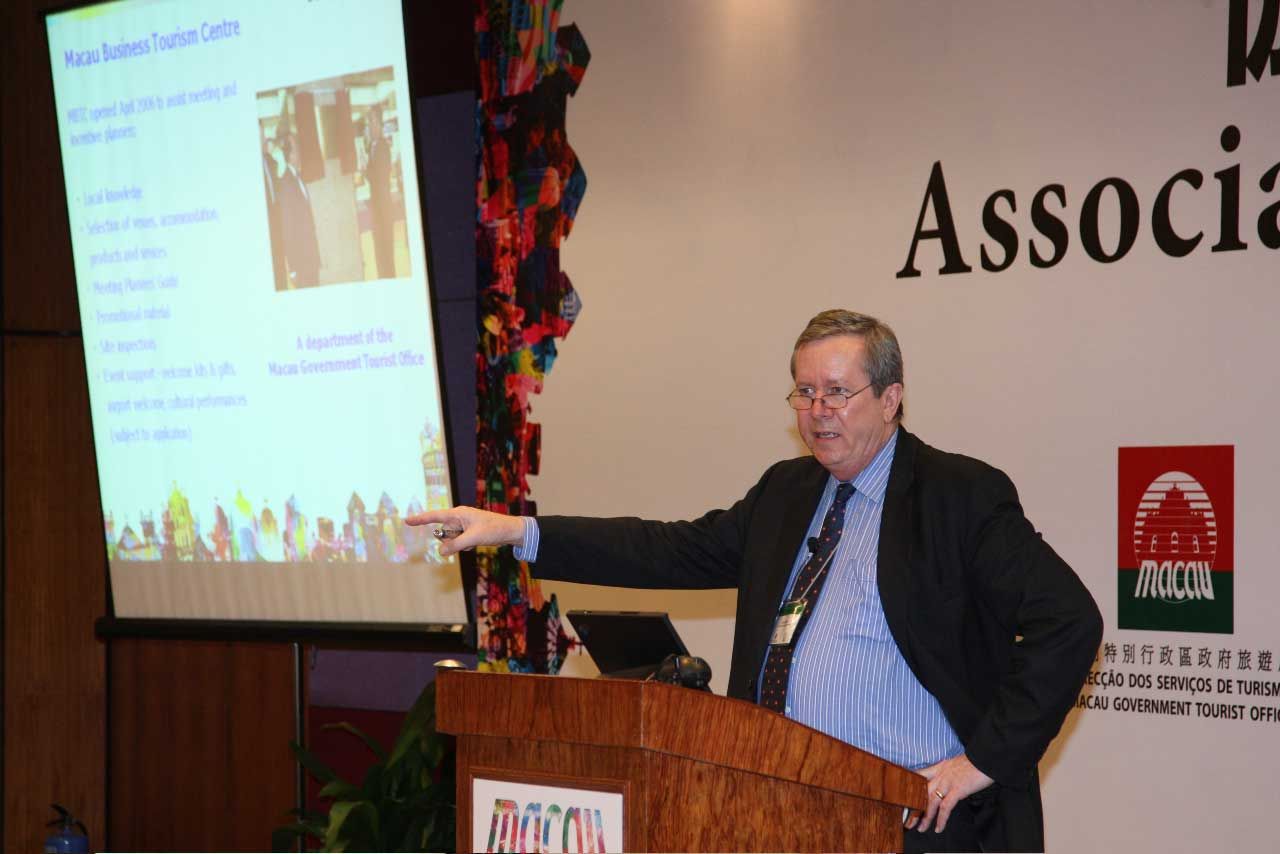 Prior to starting Gary Grimmer & Company, Gary Grimmer served for eight years as the CEO of the convention bureau in Melbourne, Australia.

He was also CEO at bureaus in Portland, Oregon and Albuquerque, New Mexico and Vice President of the Boston, Massachusetts bureau. Gary is a former Chairman of the Board of the International Association of Convention & Visitors Bureaus (now DMAI).

And believe it or not, that is not all. We are honoured to do the interview with Mr. Gary and to have an opportunity to share with our readers his great knowledge and experience in convention industry.

Melbourne’s biggest challenge is the long haul factor. Attendees from Europe and North America have to travel further and make extra connections to get to Australia.  Since convenience of access is a major issue for both conventions and incentives it gave us a competitive disadvantage.  Incentives were growing shorter, and 5 day itineraries were beginning to replace 7 day itineraries.

For long haul markets involving 2 full days of travel time, 5 day itineraries just weren’t practical for Australia.  However, over the past 10 years the incentive industry has increasingly become regional, meaning that Melbourne’s incentive market was going to be primarily Asia anyway.

Plus, Asia was a growing market for incentives and it was easier to get them to travel the distance.  Even then, our other main challenge was that Sydney was generally seen as the place to go for city experiences, so we had to first convince them that Australia would work and second to get them to choose Melbourne over Sydney.

2. Your experience dates back to the time long before Melbourne Convention Bureau. Why did you decide to move to Australia? What in this job attracted you the most?

I had been CEO at two bureaus in the US, but always wanted to pursue my career in the international market.  I had been to Australia and it was different and fantastic – it appealed to me immediately. In the US, running CVB’s is mostly about working the domestic market.  In Australia, it’s practically the opposite, the focus is almost entirely on the international market.  I remember a good friend who ran the Netherlands bureau saying to me, “well, it would be better if you went somewhere more international.”

But, bureaus in Europe mostly work the European market, so, in a way, Australia is more truly international in a global sense than anywhere else. Australia only has about 20 million people, and it’s kind of “down there” by itself, so it’s probably the most outwardly focused and globally engaged nation on earth.

3. Melbourne and some of the Southeast Asian great cities (Hong Kong, Singapore) offer great variety and exclusivity of incentive programs. Were you included in education or training of the professional team there and how do you see the potentials of incentive tours there in past times and in the future?

My colleague, Mike Williams, was really more directly involved in moving Melbourne into the incentive market, and did very well with it.  Before the Melbourne bureau he had been based in Singapore as Regional Manager of Southeast Asia for Tourism Australia, so, he knew the Asian market very well. The Melbourne bureau hired representation in Singapore and Hong Kong, and is doing pretty well in the incentive market now.

Mike and I are now spending most of our time in Asia, particularly in Malaysia, Macau and Korea, and a lot of the training we do is related to the incentive market.  We’re also doing a lot of product development consultation, helping destinations define, package and promote their incentive product.

4. Gary Grimmer &Company was included in planning of destination management in Serbia, and establishment of Serbia and Belgrade Convention Bureau, development of tourism product and education of tourism staff in management training program.  What are your perspectives about Serbia and its potential in MICE industry in general and in incentive programs?

I think Serbia has enormous potential.  For conventions, Belgrade has the largest facility, plus is experiencing a boom in new hotels. Novi Sad has the relatively new Master Centre, and is also developing new hotel product. Belgrade has some of the best air service in Eastern Europe, and is getting a lot of attention now as a European nightlife capital.  The government in Serbia seems pretty committed to helping the industry grow. Western European meeting planners are showing increased interest in Eastern European destinations, and Belgrade is seen as a major capital.

In addition, many Serbian doctors, medical researchers, scientists, engineers and professors are recognized leaders in their fields and connected into these associations and can help to invite their conventions to Serbia and support the hosting efforts.  On the incentive side, the planners are looking for new, unique and surprising destinations.  That’s good for Serbia, and all of Eastern Europe.  The demand is there, success will be all about creative packaging and effective sales.  That’s where Serbia is headed now.

5. Did you have a chance to visit some other part of the country or the neighbouring countries?

I’ve gotten around Serbia a fair bit, but, unfortunately not to a lot of the surrounding places.  The only other countries I’ve been to near Serbia are Hungary and Greece, which are both very special, unique and appealing in their own ways. However, through my work in Serbia, I’ve grown in love with that part of Europe and hope to get around more.  We would also like to do what we can to help SE Europe to be more successful in the meetings and incentive markets.

Every country in SE Europe has a stake in the development of the industry in the region.  For each country in the region to achieve its true potential, the entire region will need to be seen as a good staging place for meetings. The weakest link, or worst performing nation will undermine the strength of the region’s brand.  If everyone is getting business and performing well everyone will benefit. One of my favourite expressions is that the rising tide lifts all the boats.

Prague and Budapest are doing great, but we need everyone doing great if Eastern Europe is to become the place everyone is talking about.

6. During the training program in Belgrade, you worked with the people from tourism sector, with those who should bear the entire job and deliver what is required by foreign clients. How do you see this team of people, and the progress of this industry through them?

I kept expecting people to be highly competitive with each other, which would have meant that they couldn’t work together so well. But, Serbia has this team spirit like I’ve never seen anywhere else. Even though people work for competing companies, they are getting to work, communicating, sharing ideas and leads, enthusiastically joining a group effort to move the country’s meeting industry forward.  You can see it at the trade shows, you can see it when we’re doing the seminars.

7. Usually the people from one country do not perceive it the way other people, who are not citizens, do. Could you share with us any WOW experience that you connect with Serbia and the way you see it, as you’ve been here in periods for almost 3 years?

I love Serbia. I guess I had some of the same questions about it when I first arrived that many people who have never been to the Balkans would have. But, I feel like I’m part of Serbia now, and it’s part of me.

I feel pretty lucky that I’ve gotten to spend so much time there, actually over four years now. Why is it “WOW?” Well, Belgrade’s didn’t call their city “Europe’s New Capital of Cool” the Times did.

They don’t claim to be the world’s number one party city, that’s what the Lonely Planet Guide said.  So, the nightlife is special. But, to me, it’s also the culture and history, the flavour of East meets West, the food and the people. Serbia has beautiful nature, diverse experiences and an infectious spirit.  In some ways it’s like what we experienced in Melbourne, which is that when people arrived they didn’t know what to expect and by the time they left they were spellbound. Maybe that’s part of why I identify with it so much.