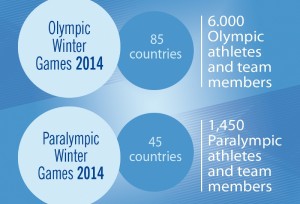 By 2014, the Sochi 2014 Organizing Committee team exceeded more than 1,900 permanent staff and about 6,000 temporary employees.

Sochi 2014 Organizing Committee successfully implements the Sochi 2014 Ambassador Program, which is aimed at promoting all aspects of the Olympic project, the Olympic and Paralympic values, young athletes, athletes with disabilities and a healthy lifestyle in general. By 2014, the number of Ambassadors reached 38 persons.

Hosting the 2014 Games will make it possible to create Russia’s first ever international winter sports center.

The City of Sochi

Inhabited by around 430,000 people representing over 100 different ethnic groups, the city of Sochi is part of the Krasnodar Region, which has a population of 5.1 million people. Sochi is located in a unique climatic zone on the shore of the Black Sea, at the foot of the Western Caucasus mountain region. 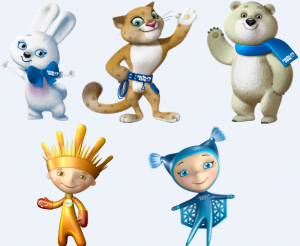 Sochi is famous for its unique combination of Mediterranean and Alpine climate. The average snow cover in the mountains is 2 meters. In winter, the temperature is regularly below zero, but there are usually no severe frosts.

The Sochi 2014 pre-Olympic Test Events Program is three times bigger than the one in Vancouver and included more than 70 events in all Olympic and Paralympic sports. Of those events, more than 30 were international.

More than 150 days of training and competitions during this season’s Test Events constituted the most intensive stage of works in the run up to the Games.

About 3,100 athletes and 2,600 accompanying guests from 60 countries, about 2,800 representatives from Federations, judges and technical delegates, and over 5,300 volunteers, who worked a total of 50,000 shifts, took part in the Test Events. 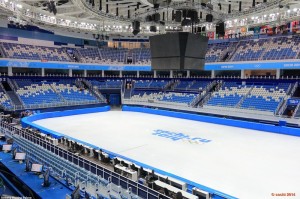 In terms of the projects and scale of the events, the Test Events acted as a Games dress rehearsal as they took place in real time, under real conditions and at real Games venues with the engagement of all participants and organizers.

The Sochi 2014 Organizing Committee was the first to fully test all functions and services which will be used during the Games.

Legacy of the Olympic Winter Games

Hosting the 2014 Games will make it possible to create Russia’s first ever international winter sports center.

4 ski resorts, designed for 42,000 tourists, have been built with a total length of the ski slopes more than 150 km.

The center will include:

The 2014 Games help to boost employment in Russia. The total number of jobs created and supported by the Olympic project has exceeded 560,000 in the various sectors of the Russian economy.

The Sochi 2014 Games will be the most compact in the entire history of the Winter Games. The construction included 206 venues. Of these, only 30 are directly connected with the hosting of sports events. The other 176 venues are facilities for the engineering and tourist infrastructure and are intended for the development of the city of Sochi as an alpine resort. 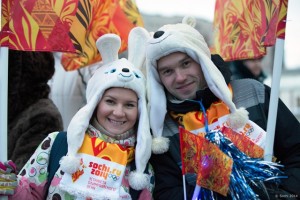 The Olympic Park in the Coastal Cluster can accommodate approximately 75,000

guests simultaneously. All competition venues of the Park, 60 of them, are located within walking distance of each other.

Among them is “Fisht” Olympic Stadium which is designed to host the Opening and Closing Ceremonies, with capacity for 40,000 spectators. Then, “Bolshoy” Ice Dome for ice hockey with amazing construction. The color of the façade glass was selected so that by day specular highlights play on it, whilst in the evening it becomes fully transparent enabling people to see the interior of the building.

There are also other great venues to be mentioned: “Shayba” Arena for 7,000 spectators which outer appearance

incorporates the shape of a snow whirlwind or a puck in motion; “Ice Cube” Curling Center for 3,000 spectators and the only sporting arena in the world constructed on such a grand scale to have been created especially for curling; “Iceberg” Skating Palace for 12,000 spectators; Adler Arena for 8,000 spectators and many others including Olympic Village.

The Mountain Cluster venues are situated in Krasnaya Polyana, less than an hour from the Olympic Park via the new railway line. Sports venues for snow disciplines, the Mountain and Endurance Mountain Olympic Village, hotels and other facilities are based there.

The new Sochi International Airport complex, which was opened in May 2010, is essentially one of the key venues for the 2014 Olympic and Paralympic Winter Games. The capacity of the airport during the Sochi Games will reach 3,800 passengers per hour.

According to minimal IOC requirements, by 2014 there are 41,467 hotel rooms in Sochi for visitors and participants of the Games. Approximately 25,600 new hotel rooms are guaranteed by the Program for the Construction of Olympic Venues.

As part of the preparations for the 2014 Olympic and Paralympic Games, a total of 47 transport infrastructure venues have been built or modernized in and around Sochi. By 2014, over 367.3 km of roads and bridges have been built and more than 201 km of railway lines have been laid.

In just three years Serbian company “Putevi Užice” built and equipped dozens of capital facilities, among which the most important are: Russian International Olympic University, area of 92,000 m2, consisting of: the University, 5-star hotel Accor Pullman, Pullman Congress Centre, the 4-star hotel Mercure Accor, the Olympic Village Imiritinka of 76,000 m2, 1,160 apartments, a resort with 4-star hotel Roza Hutor Accor of 39,000 m2, 5-star hotel Swisshotel Camellia of 56,000 m2, four bridges in Krasnaya Polyana and several residential complex area of 637,000 m2. The total area of built facilities for the 2014 Winter Games is over 1 million m2. It is interesting to note that the “Putevi Užice” for its projects largely used products of Serbian producers who meet high international standards of quality.