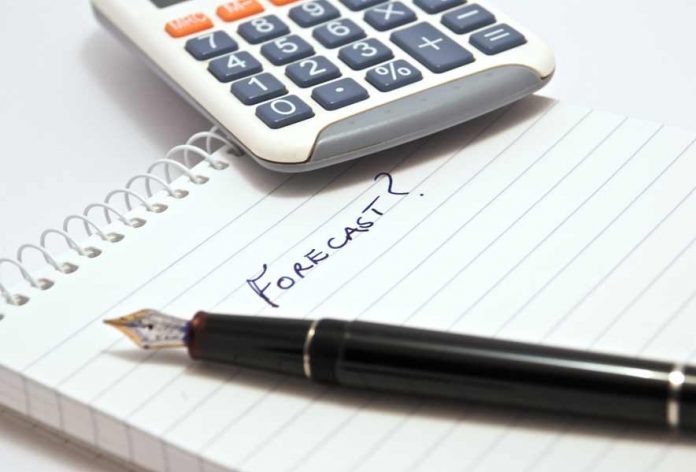 According to the ICCA Statistics Report for 2017 – prepared based on the number of meetings held worldwide and the number of attendees at these events and used to rank countries and cities in the MICE industry – Hungary, with its capital Budapest, sll ranks high in the world: It comes in 27th with a total of 159 international conventions, which is a step forward compared with last year when it ranked 33rd with 129 events. Budapest jumped four spots once again – from the 16th with 108 congresses to the 12th with 128 congresses.

The changes in the region are mostly showing progress. Last year saw a slight decline, but this year the situation changed considerably for the better. The countries with the most visible positive changes include Macedonia jumping 19 spots, Bosnia and Herzegovina 12, and Montenegro 10. As for the cities, Sarajevo certainly saw the biggest change, dropping as many as 60 spots.

Croatia advanced from the 43rd place and 75 events to the 38th spot and as many as 102 events. Croatia’s capital Zagreb changed for the better by 25 spots – it is now 56th with 44 events, while a year ago it was 81st with 32 meeting events. Dubrovnik saw 31 conventions, ending up at 84th, while last year it stood at 134th with 19 meetings.

Next on the regional list is Serbia, which also climbed up by six spots and five events more than last year, and now holds the 42nd place with a total of 71 conventions. Belgrade – as far as regional cities go – takes second place, right behind Budapest, with 51 meetings. Compared to the previous rankings, the city advanced by nine spots but had only one event less. Novi Sad had nine events one year ago and held the 279th position, while now it takes 325th with seven international events. 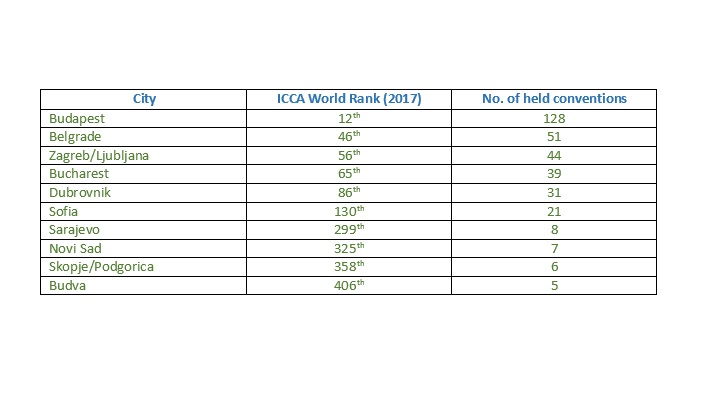 From last year’s 45th place and 69 conventions, Romania moved down to 43rd with 70 convenons. Bucharest, the country’s capital, advanced by as many as 16 places on the list, and it now holds the 65th spot with 39 international events – seven more in comparison with last year.

Just behind Romania is Slovenia, which dropped by one spot and placed 45th with 68 international events. Last year it placed 44th with 73 events. As a destination, this year Ljubljana fell by nine places, now ranking 56th with 44 conventions, while a year ago it had ten more.

Bulgaria is ranked 61st with 34 international events, which means it went up three spots and three conventions compared with last year. When it comes to Sofia, from the 186th place with 14 events in the past year, it now placed 130th with 21 conferences.

Thirteen conventions took place in Montenegro, making it 82nd, which is a jump compared with the statistics from last year when it placed 98th with six conventions. Podgorica placed 358th with six international events, while Budva is at 406th with five meetings.

Spot no. 89 with 11 conventions belongs to Bosnia and Herzegovina, compared with last year’s 77th spot and 13 conventions – a drop 12-spot deep. The city that experienced the biggest decline in the region, Sarajevo, now placed 299th with eight meetings, while last year it was 60 spots higher, with only three meetings more. Macedonia is now in a much better position – it ranked 94th with ten events, compared with last year when it ranked 113th and hosted only five international events. Skopje ranked 358th with six meetings that took place in the city, while last year it was 373rd with five meetings.