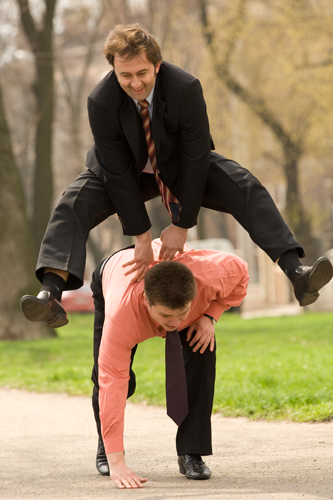 In many cases, team building helps in solving many interpersonal conflicts often arising at workplace.

Various games, played with right attitude, are primarily fun, and in addition, if they help the participants see each other as a team, they hit a bull’s eye. The employees have great time while learning a simple rule in life and work – there is no ’’I’’ in the team.

Organizations often work on team building combined with professional training programmes for their employees in order to provide them with fun way of discovering and learning something new, and on the other hand, to acquaint them with team skills. These programmes should not necessarily be strictly formal. With a little creativity, this is the way of making very entertaining corporate event.

When planning a team building event, one should be precise regarding the objectives. A leisure day in the country is a change for employees who work in their offices all day long, but it is good to have certain activities uniting them as a group. Regular organizing such activities results in participants feeling as part of the team and achieving better results. 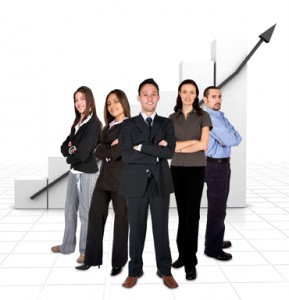 Most companies which participated in the survey practice team building for their employees once a year (60,5%), 31% of them organize this type of activity twice a year, while 8,5% organize it more often, more than twice a year.

It is a frequent case in large companies that individual units have more regular (2-3 times a year) team building activities (such as sales departments and medium and top management), while the others perform this activity once a year.

Team building in the regional companies imply equally better acquainting and socializing of the employees, as well as organized games and competitions, but also various types of trainings.

What the companies most frequently mention as common phenomenon after team building is improved communication. 85% companies which participated in the survey mentioned better communication among employees and various levels and units as a positive post-effect of team building. Other effects in behaviour, atmosphere and work of the employees after team building, as stated by the companies, are good humour, strengthening of sense of belonging to the team, more developed competitive spirit, increase of working enthusiasm, improvement of cooperation. People get to know each other better and realize better contacts which are later reflected in team work. Also, the companies state that these positive effects are observed right after team building, but that they decline afterwards.

There are no rules as regards a team building location itself, depending on the budget, all locations are used, starting from the city of the company’s operations, due to corporate social responsibility, as well as to prevent the employees from travelling far, but also various places in the neighbouring countries, although we might say that seaside and mountains prevail in organizing such gatherings. Also, the accompanying contents of the facility which ensure realization of all the activities planned, as well as a possibility for additional sightseeing and surrounding tourism attractions influence selecting hotel accommodation for team building organization.

In the end, almost always, joint efforts and work of the entire team are something that finally determines success or failure of every project, as well as of the project of organizing team building itself. 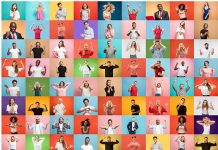