Home MUST READ Experts opinions How Did the Awards for the MICE Industry Come About? 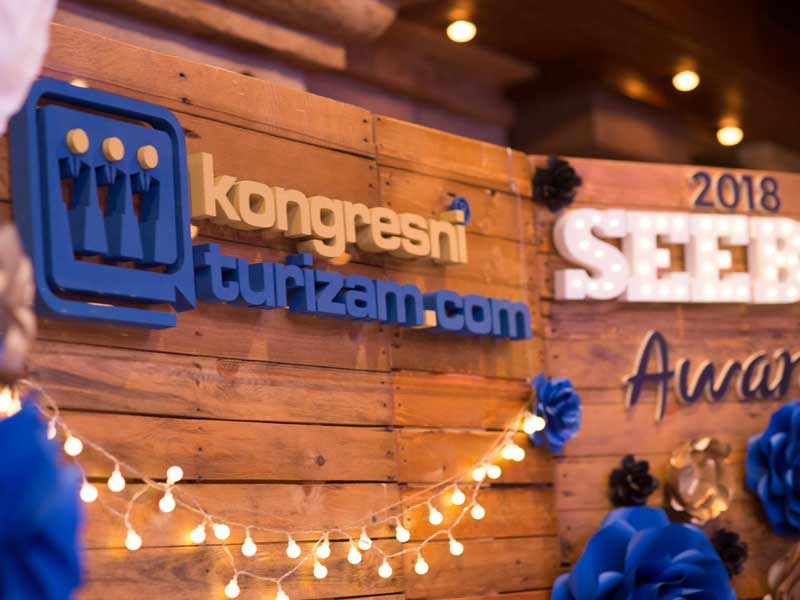 Back in 2009, founders of Kongresniturizam.com, Miona and Ivan Milic, were sitting in one Montenegrin hotel and enjoying an informal business conversation with the hotel’s Sales and Marketing Manager, Leonarda (then) Djinovic, whom they had known for several years through working together.

Different topics came up, and Leonarda said that, given their experience and in the absence of appropriate literature in this area, they should launch a magazine. A magazine that would primarily connect the region’s MICE industry and hotels, agencies, companies, and event planners. A magazine that would provide useful information, ideas, and insights into trends in event management. Considering that they had already received requests from the industry to launch this type of magazine, although she might not know, Leonarda’s suggestion that day was the make-or-break point.

Although she had no journalistic knowledge or experience, thanks to her organizational and managerial skills and her belief in success, Miona took on the editor role for the future
magazine. Expectations of both the company and the industry were high. With work, effort,
experience in the MICE industry, and creativity, SEE business travel & meetings – or SEEbtm – was born. A magazine that met and perhaps exceeded the expectations. 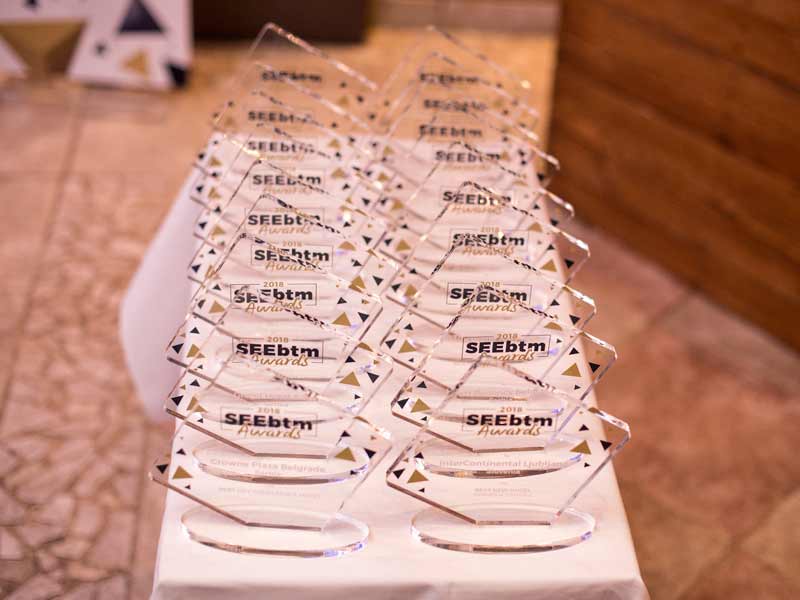 Six years on, there was a need to acknowledge those hotels that are the leaders in organizing events, those that are the first choice for corporate clients and organized business
groups. Both for personal and business satisfaction, and as a guideline for future events and companies that need venues and hotels. But also as a good business practice model for other hotels for MICE tourism. The already established SEEbtm magazine and regional
portal Kongresniturizam have turned out as the logical initiators and founders of MICE tourism awards – SEEbtm Awards. In 2016, the most important awards in MICE tourism were launched. Not only because they are organized and awarded by the leading regional event planning portal Kongresniturizam and the specialized magazine SEEbtm, but because the best are voted by the audience, those who organize the events. Those whose voice is actually the most valued.

In Belgrade on November 15th, 2018, the region’s MICE industry traditionally gathered for the seventh time at the SEEbtm Party, which became very important for everybody in the MICE industry and event management. At this event, for the second time, prestigious
awards were given – SEEbtm Awards – to the best hotels and venues in the region’s MICE tourism and meetings industry. Wanting to give the awards even greater credibility and weight, Miona and Ivan decided to form a special jury. A jury of people who are involved in event organization or decide about it on behalf of their companies. That’s how the SEEbtm Awards became the only awards in the region, and beyond, related to MICE tourism that are awarded by the industry itself! There is no greater recognition for a hotel than when a guest, in this case corporate guests who are some of the most demanding and biggest spenders, acknowledges and chooses it as the best in a particular category. 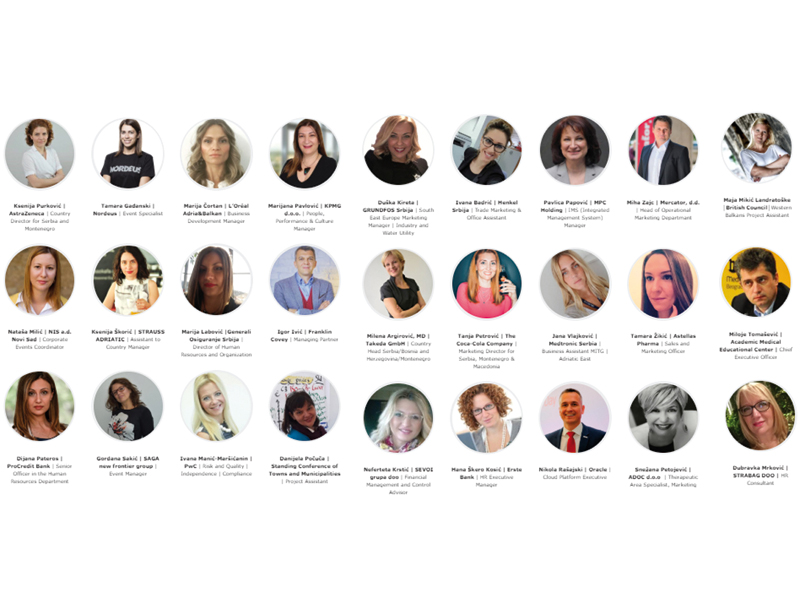 All of the above gave results, and the competition for the SEEbtm Awards 2018 was fierce. More so because the nominated hotels and venues included the very best in their categories. The importance of this award for hotels is illustrated by a fact that this year, as many as 8,700 people voted!

Check out what the winners say about SEEbtm Awards and SEEbtm Party! 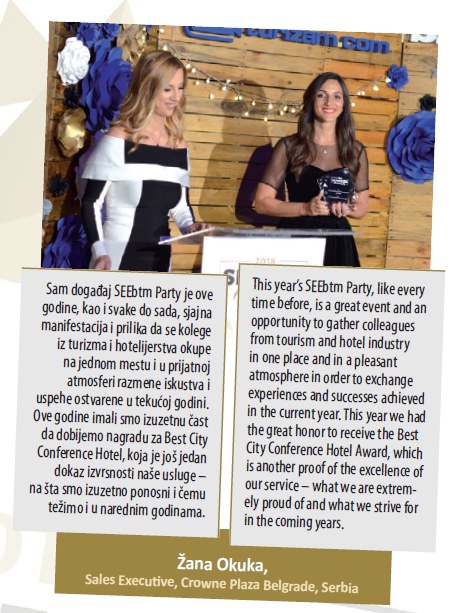 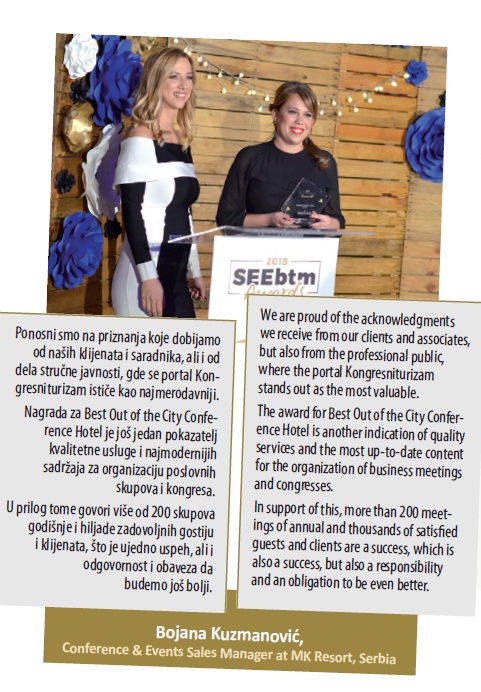 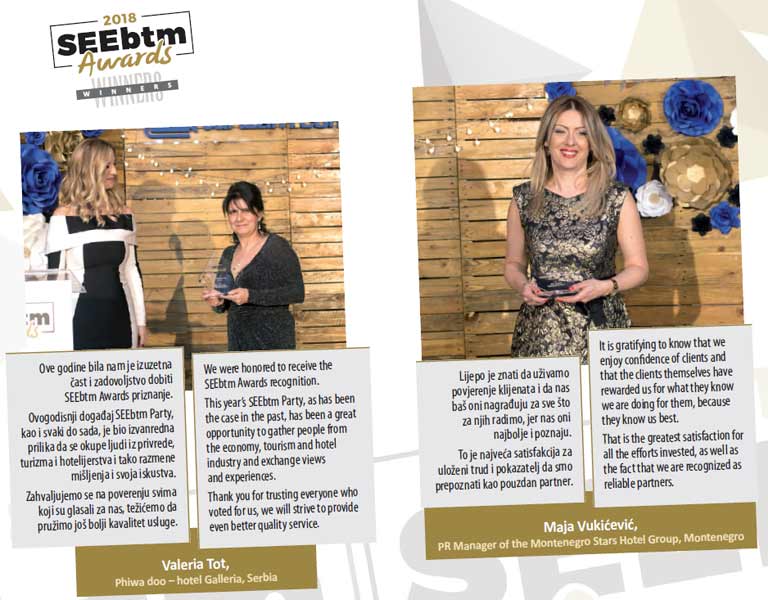 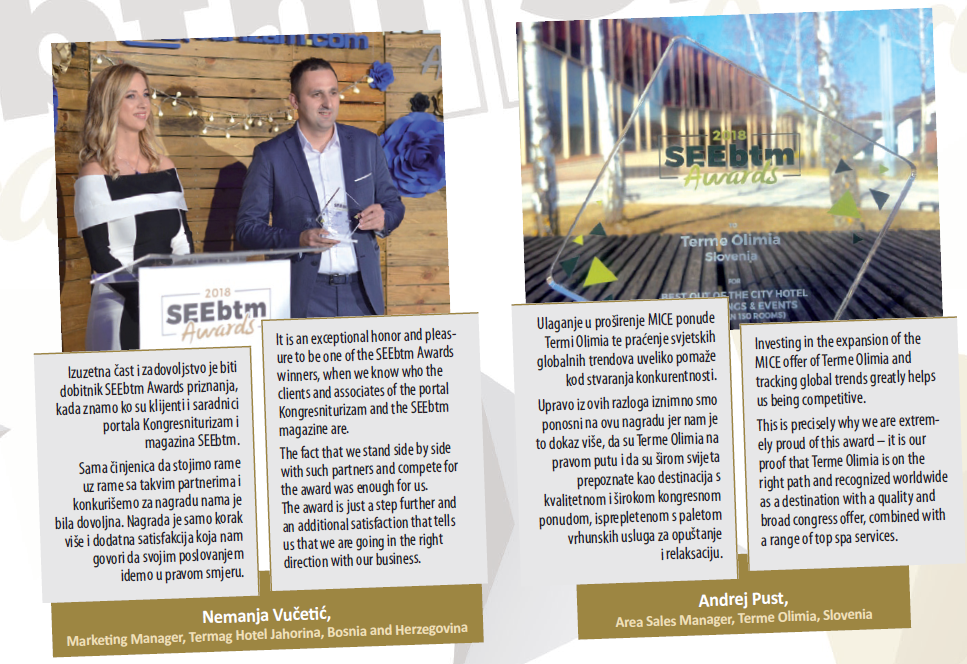 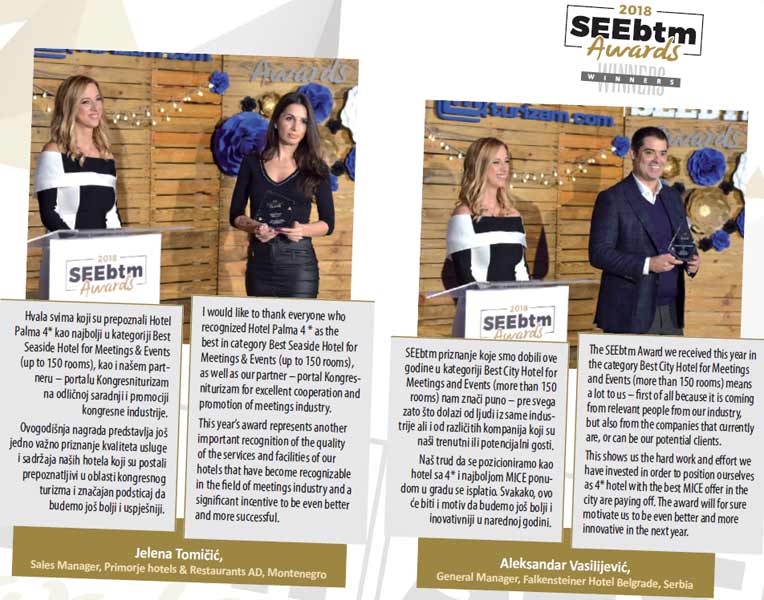 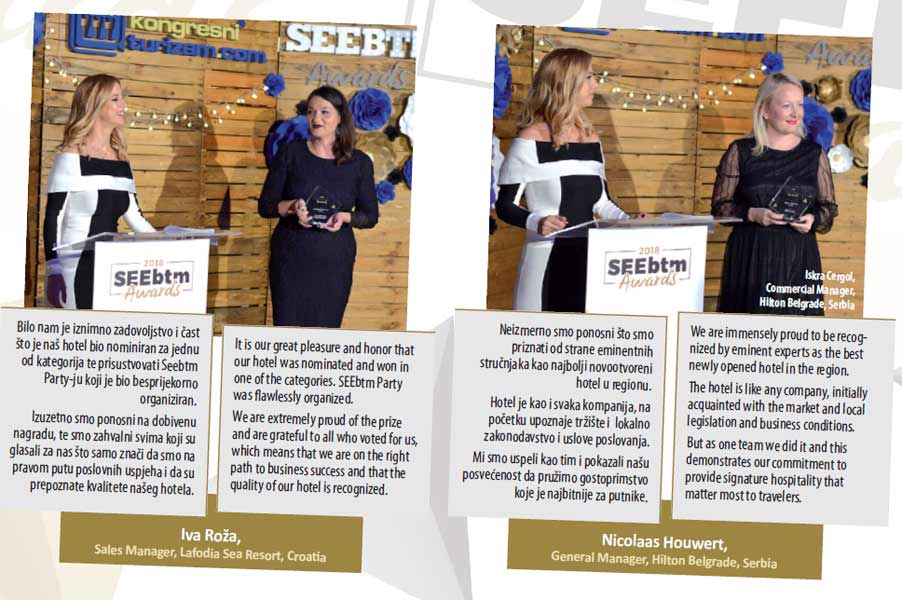 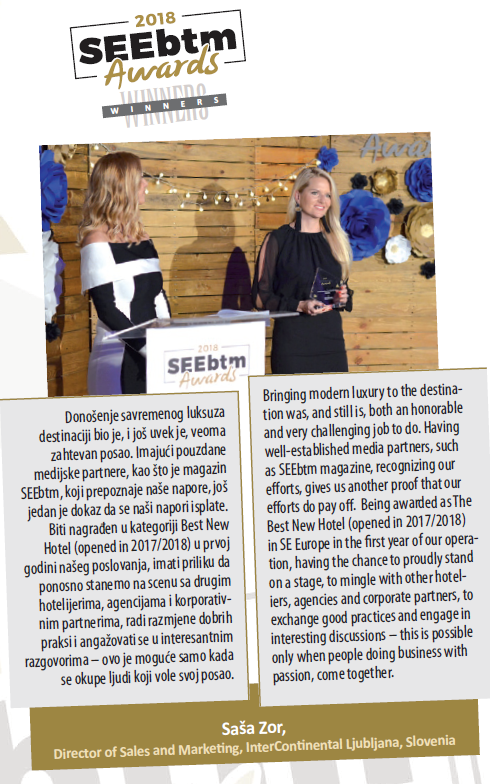 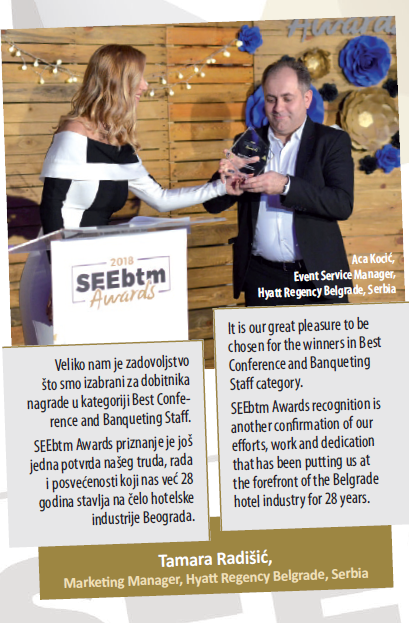 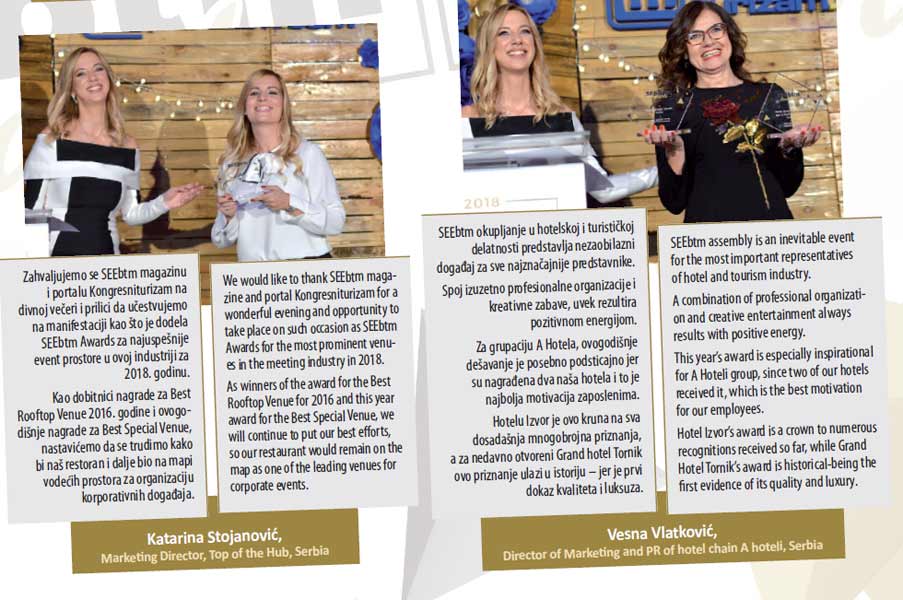 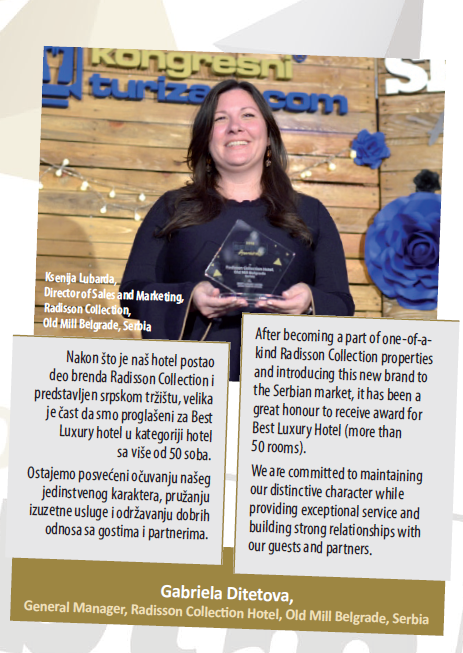 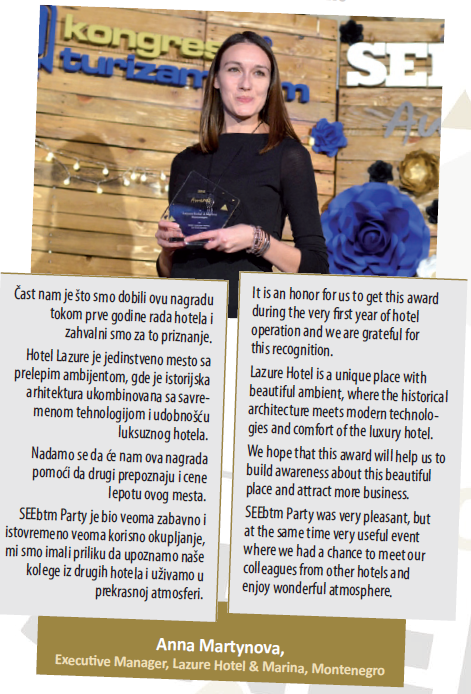 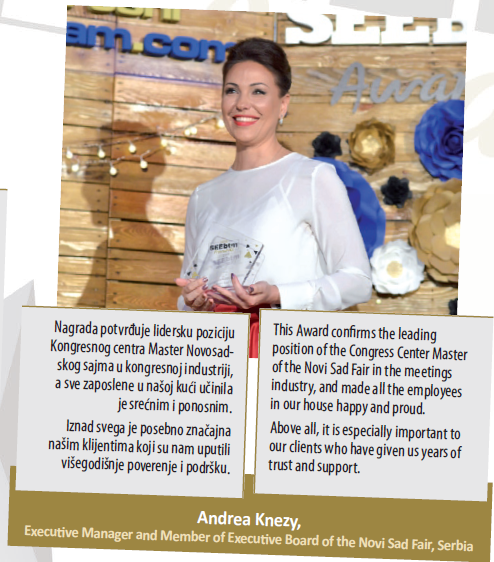 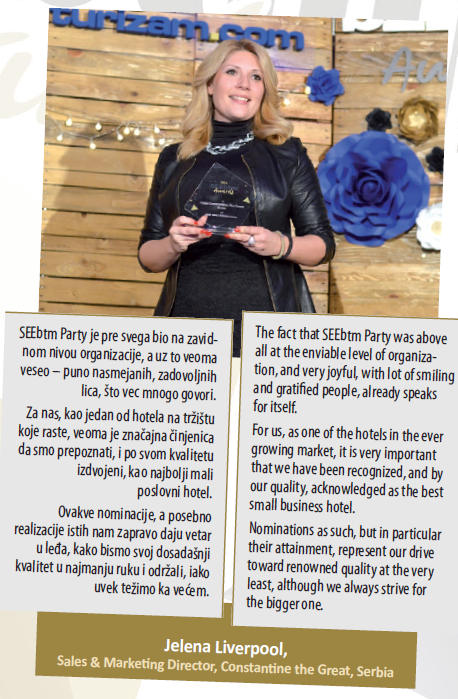