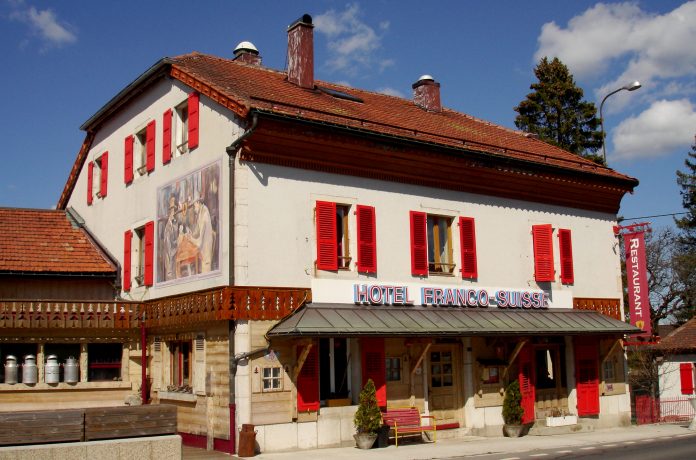 The Hotel Arbez is a hotel located at two addresses in two different countries.

The hotel is built on the border between France and Switzerland. On the French side, the hotel is situated in the town of La Cure, while the Swiss side of the town is home to the hotel’s second address.

The hotel building has been located on the border since 1682, but after the French and Swiss governments signed an agreement to modify the border, a local businessman decided to build a building that is located on both sides of the border before the agreement’s coming into force. On the French side, he opened a cafe, while the Swiss side served as grounds for an inn.

Jules-Joseph Arbez bought the building in 1921 and turned it into a hotel. Today, the hotel is still owned by the same family, and nearly every room is divided by the border, while the restaurant serves traditional French and Swiss cuisines.