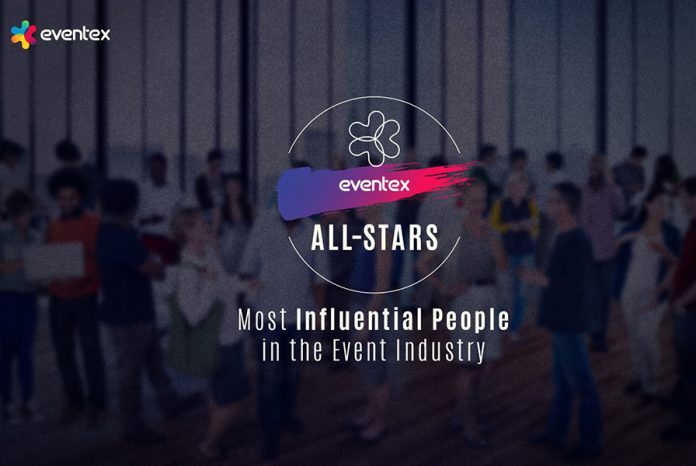 Eventex Awards have just announced the start of their newest campaign – All-Stars: The Most Influential People In The Event Industry.

The list is a new addition to the Eventex All-Stars Index launched 2 years ago. The Most Influential People In Тhe Event Industry will feature people who have influenced the event industry the most –  the ones that left a mark on the events world with their creativity, vision and capacity for innovation.

“This list aims to recognize the driving force behind the event industry – its people! The visionaries, the innovators, the trend-setters and luminaries – all those that push the industry forward and make the events world more vibrant, exciting and awe-inspiring”, explains Ovanes Ovanessian, Co-founder of Eventex Awards.

The prestigious list will be created in 2 phases: first, nominations and then voting of the nominees to decide who among them are the most influential ones. Nominations are open until 9th August and the final list will be announced on 17th September after the voting is over. To learn more and nominate people for The Most Influential People In The Industry visit https://eventex.co/all-stars/people/