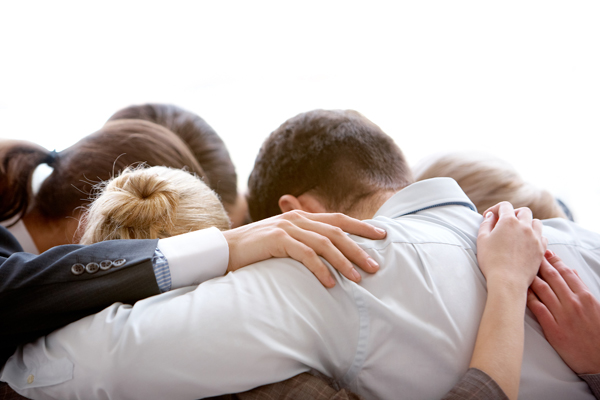 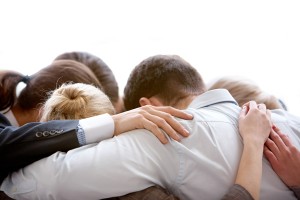 Doesn’t everyone wish to be part of such a team?

Doesn’t every company want to have such a team?

Such teams are rarely gathered up spontaneously, they first have to be built up. Members of a team gain trust in each other, systematic and carefully. Through various activities and in companionship, sharing responsibility and solving the problems, members slowly create awareness on how much stronger, self-assured and more successful they are as a part of the trained and good team.

Each success of any individual in team is automatically a success of all the members in the entire team, but also any wrong move or assessment affect directly everybody else and the whole team.

TEAM – A group of people who dedicate their joint efforts to realize a common goal. It is a synergy or knowledge and skills of all the team members. In a team everyone wins, they all achieve more.

Any problem or task, no matter how complicated and complex it may seem, can be solved if separated into a sufficient number of its smaller parts or tasks. That is the very essence of a team. Each member of a team is charged with certain duties he is specialised in and do it them in a best way, and in that manner the team members perform and solve a complex task jointly or they facilitate functioning of a structural unit as part of an organization. It should be noted that a perfect performance of a duty by an individual within a team means very little in case the remaining members of the team do not perform their duties in a professional way and with responsibility. In that case only a small part of the overall goal is done, which is not enough for a positive business operation, and doing the job in time or thinking and acting proactively is impossible. In such a case, at present harsh conditions, the competition will gain space on the market much more easily.

The best teams are those that make difference.

Team building activities are a tool by which employees are gathered, thus strengthening their relations, the level of motivation and dedication to the organization are heightened, interpersonal conflicts at work are diminished, and the productivity is increased… In short, teams are planned and built up and the team spirit is developed.

Team building is to be approached, as mentioned previously, in a planned way, at the strategic level of the company.

The concept of the four-phase team building model was proposed originally by B.Nj. Tuchman in 1965, identifying four phases that all teams go through in the process of their transformation towards a more efficient working team. 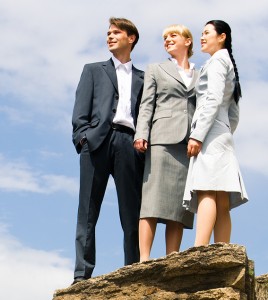 This model is widely applied throughout the world nowadays, being a powerful model for team development planning. Most often, it is the starting point to identify critical success factors, the necessary skill profiles needed, and to develop the team members.

At the beginning when forming the team, the necessary style of management is via directives and orders, while at the team’s coming of age it becomes sef-ruled and the management becomes of secondary importance.

At the team forming phase the team members define the team’s mission. Communication flows mainly in one direction, from the project manager, the top management, to the team members. At this stage it is not a real team yet, but a group of people with their different former experiences, knowledge and attitudes. Conflicts, misunderstandings or confusion when distributing roles are rather high at this stage, and at the same time trust of the team members in each other, their commitment and respect, are quite low. This phase requires leadership to provide for clear directives, guidance, sharing the vision with team members while supervising them strictly.

At the team norming phase the team members start feeling comfortable at their respective places in the team. They understand their roles and duties, as well as the role of other team members, so that they function well as team members. The team as a whole is becoming unified, adapting itself to its surroundings. Trust among its members, respect for others and commitment to the realization of goals is strengthened in this phase, and the same applies to the communication among its members and with its surroundings. Managers and the team leader delegate more and more of their authority onto the team members who thus become capable to make decisions independently based on their own expertise. The team leader still has to take care about interpersonal relations in the team, about its integration, strengthening the trust among its members and of the surroundings towards the team, about the measurement of team performances and about the realization of the set tasks.

Finally, at the team performing the team is highly unified, all of its members are dedicated to the realization of the team goals. The team becomes “self-managed”, i.e. it becomes able to function without direct management or supervision. The team leadership is based on trust and credibility. The need for external monitoring and supervision is minimal. This phase is the shortest.