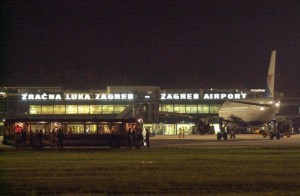 The introduction of direct flight between Zagreb and New York is expected in May of the current year, and it will represent the first such direct flight since the creation of the Croatian state. The intercontinental flight is supposed to be realized twice a week, while the air company which will perform the flights remains unknown for the time-being.

By introducing direct flight, the Zagreb Airport could become a transfer airport, more attractive for many air companies which would take over the passengers from the USA and carry them to other parts of Europe and the world.