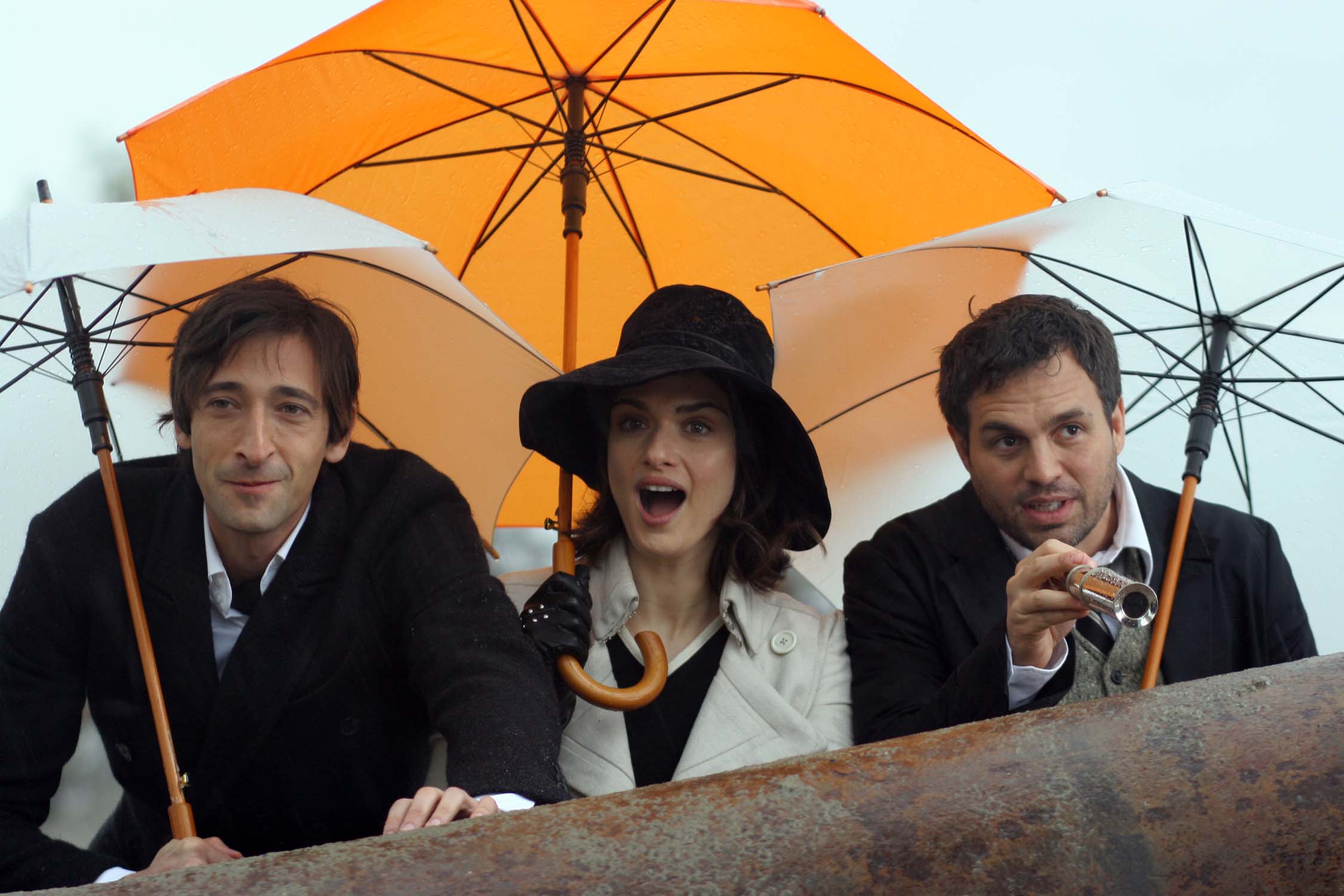 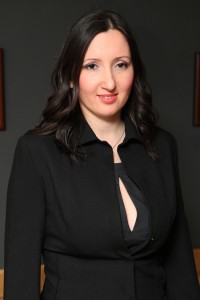 Film industry is by nature mobile and it moves towards the low-cost sources which have the major effect on selecting a location. In the mid-nineties, this opportunity was seized by the Check Republic with films such as Mission Impossible to have blockbusters shot such as Knight Tale, Van Helsing, James Bond, Blade and Narnia ever since 2000.

In the record 2003, the total revenue from shooting international films reached $270m. Since then, quite a number of EE countries – Hungary, Slovakia, Romania, Bulgaria, and even the Ukraine, have come on the scene drawing the attention of the so-called American runaway productions and promoting the entire East Europe as an attractive destination. Apart from the American production as the most productive one on the global scale, the major West European film and TV companies take advantage of the opportunities offered by such countries for the production of film, TV and advertisements.

Serbia made a serious step towards the global international film production in 2009 via the Film in Serbia website and brand, offering detailed information on film, television and advertising production to the parties interested in filming their projects in the countries which provide better conditions.

“It all started with gathering the information on production companies, studios, rental companies and visual effects studios in Serbia offering the so-called international production services in order to set up a website with the aggregate production offer of Serbia. That is how FilminSerbia.com came to be. There was a growing interest and in July 2009 we officially founded the Serbia Film Commission (SFA) dealing with an active promotion of Serbia as a film location for the international production, which now gathers over 50 members, companies and free-lancers in film, TV and advertising production“ – says Ana Ilić, Executive Director and one of the SFA founders.

Serbia’s long cinematographic tradition dates back to the times of the SFRY which was held to be the second biggest European country in the number of co-productions and international productions during the 1980s. As a reminder, ever since the 1960s Serbia has hosted hig 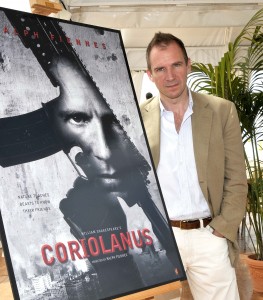 h-budget and set-demanding film productions such as Mamma Lucia starring Sophia Loren, Kelly’s Heroes starring Clint Eastwood, Genghis Khan, The Long Ships, all the way to the TV series Around the World in 80 Days starring Pierce Brosnan, when almost the entire material showing 18 countries was filmed in the territory of former Yugoslavia, and Belgrade “played” as many as 7 cities.

So, the idea of promoting Serbia as a filming location is nothing new, but only the revival of a discontinued tradition. Apart from the film Coriolanus, which drew the media attention of Ralph Fiennes, The Brothers Bloom was also filmed here, starring Rachel Weisz and Adrian Brody, while Luc Besson’s production company, EuropaCorp is shooting its fourth film in Serbia, after finishing The Man Who Wanted  to Live his own Life, starring  Catherine Deneuve and Romain Duris this autumn. A large number of the Italian television films and series have been shot here, so that film crews can be seen more often at various locations throughout the capital.

Serbia Film Commission is focused on the economic development of the film industry, inciting and enticing the international film production which will be using the Serbian locations, services, equipment and crews, resulting in new jobs in Serbia and in generating revenues for the companies registered in Serbia.

At the international level, the role of Serbia Film Commission is to provide a clear and positive message about the film industry in Serbia so as to incite the international production in our country. The purpose of SFA is to be the initial and comprehensive information pool for the international producers and film-makers to address in search of quality information on locations and services in the film and TV production in Serbia. It was modelled after the film commissions present in over 40 countries around the world. Locally, SFA cooperates with the film industry and Serbian authorities promoting the film-friendly policy and practice, borrowing from the best examples around the world. 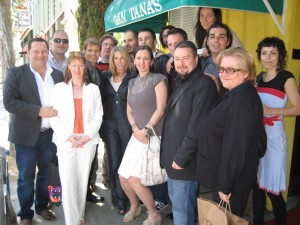 “For the film industry, the entire local industry, and in particular tourist industry in the location, is a very important partner since the film crews spend even a few weeks or months on the set which considerably deploys the local hotel, restaurant, catering, transport or other service capacities.

Working with companies and creative individuals in the film industry is SFA’s main focus, but there is also a set of logistic services apart from that which rely on the tourist infrastructure of the country. That is why we are intensely working on bringing together all elements and participants so that the membership is open to all other non-film companies and organizations who see potential of the clients in the film industry.“ – Ana Ilić explains.

Following a series of successful local and international events, showing how serious Serbia was in its efforts to become the most attractive destination for providing production services in the region and Europe, Film in Serbia was again presented in the Santa Monica filming locations fair, which has been organized for 25 years now by the Association of Film Commissioners International (AFCI), whose member we have been since February this year.

“There is a growing interest in Serbia, which is witnessed by the meetings we have had with both, the independent producers and the big film studios such as Universal or Fox. Since the 2009 Santa Monica when we appeared for the first time until now we have had scoutings, i.e. the producers in search of locations for the projects totalling over $360m. Good news travel fast when spread by those having worked in Serbia, but there is a lot more to be done so that we can be a fully developed destination. The key to the positioning of a country is its government. It is always important for the internationals to learn of the procedures and filming licenses costs, double taxation treaties, insurance and bank guarantees, customs procedures, in order for them to opt for one country instead of another. Of course, the major issue there is the matter of financial incentives, present in all countries which tend to be the serious candidates.” –Ana Ilić explains. 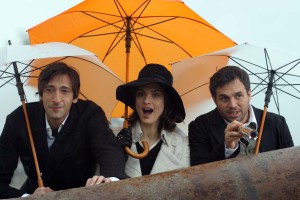 Film tourism singled out long time ago as a separate tourism industry, particularly in Anglo-Saxon countries, which made room for a number of destinations to create new tourist products and boost the experience by story-telling and fantasy.

The Lord of the Rings trilogy is the best free-of-charge advert for a country ever. The Tolkien tourism phenomenon has made New Zealand the capital of Middle-Earth fantasy, resulting in a 40% rise in the number of tourists following the screening of the films.

An excellent example of commercial cooperation between the film industry and tourism is Visit Britain which has found, based on research, that even 40% of tourists come to visit the British Isles due to the locations celebrated in films. Following the enormous success of the Harry Potter films, Visit Britain has developed partnerships with a selection of high-budget film projects featuring the British culture, so that they promote both, the product – film and the locations where it was shot. The most recent examples of such cooperation are films such as Robin Hood and Sherlock Holmes featured by a series of tourist theme products packed in city break, active or family holiday, promoting various types of transport or applications for different media popularizing the content and destinations. Hotels are those which best recognize the benefits of such promotion, so that they are most often the leaders of the theme packages.

The shooting of an average feature film spends around $100,000 per day, which also goes for high-budget adverts. Part of production costs is accounted for hotel accommodation, restaurants and catering, rent-a-car and transport, mobile phones, freight, which is a sort of injection of foreign money into the local economy, in particular in tourism. At the same time, people travel more to the places they have seen in films. In its report, the Great Britain Tourist Board estimates that the locations showed in successful films may expect a rise in the number of tourists of at least 54% in the following 4 years. In case of Serbia, the effect can be even bigger in terms of positive and dynamic image. 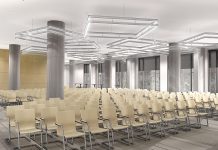 The Combination of Business and Vacation 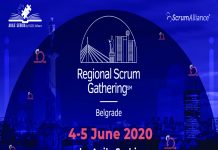