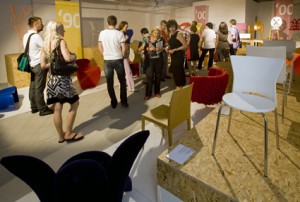 The BDW is organised, on the non-profit basis, by a group of people led by the founder and programme director, Mr. Jovan Jelovac. The number of people in this creative team varies from a dozen individuals who are engaged throughout the year to approximately a hundred of professionals who join them at final stages of organising the conference, plus a large number of students-volunteers without whose help it would be impossible to meet all logistic requirements imposed by such a serious and voluminous event.

Considering that the BDW consists of several components which, in view of their volume and programme, can be deemed to smaller-scale festivals themselves (business-educational conference, exhibition programme – designPark, Beograd2, a programme embracing the exhibitions and events in different galleries and other spaces all over the city, desigNights – evening musical programme), it is clear that the organisation of the festival requires exhaustive planning of the programmes throughout the year, and even more thorough planning of its completion and logistical carrying out of all these components. 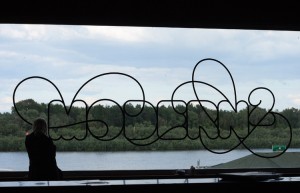 The most prestigious part of the festival, the conference, is most demanding in terms of organisation requirements. Negotiations with visiting lecturers start as early as September so as to ensure that final programme of lectures is in place before April.  Considering that the visiting lecturers are big stars in their fields of expertise, and considering that most of them speak at the BDW pro bono, great efforts must be made to persuade these lecturers with global reputation to devote some of their valuable time to Belgrade, the town which was only recently included among the cities of global significance in respect of design. When the negotiations are successfully concluded and the lecturers agree to visit the BDW – only then critical work begin to try to satisfy the conditions they set, beginning with air tickets,  accommodation, through to any time limitations on their visits to Belgrade, plans to go sightseeing, etc. From this year, new exhibition component “designPark” will include displaying the works of the most important lecturers; thus, a special BDW team will only take care of the logistics of exhibitions, a dozen of which are planned for 2010, whilst in 2009 the BDW produced on its own the entire designPark in the KLUZ building covering an area of more than 5000 sqm. Its crucial part will be the exhibition produced in conjunction with the Italian chamber of commerce – The Italian Way of Seating – in an area of approx. 500 sqm, which is probably the most important design exhibition ever organised in Belgrade. 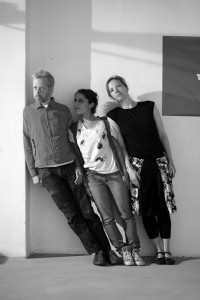 Another characteristic of the BDW is this Festival’s central location, which is annually selected with the main idea to every year colonise a different, forgotten symbol of the town tissue and collective memory, to have it during those days enlivened and imparted a new meaning.  The locations in which the BDW was held in recent years include: the Sava Centre congress hall, the building of the formal federal government in Novi Beograd (the Federation Palace), Jugoslavija Hotel, and the first large department store in former Yugoslavia, RK Kluz in Masarikova Street. Selection of the venue, negotiations with city authorities on their lease and adaptation of selected premises also represent a major segment in the organisation of the BDW.

The BDW is a festival financed from contributions made by commercial and institutional partners who acknowledge the significance of having such a happening in Serbia and the benefits deriving from the association with such a progressive festival. Considering that finances are the critical and starting point on which everything depends, the BDW organisational team includes several persons who have been selecting suitable partners ever since September and who will later on together with them plan their participation and promotion at the Festival.

Also among the BDW characteristics is the main topic that is changed every year and that, in a symbolic manner, denotes current status of creative awareness and life in general in Serbia. It should indicate whatever is at a given moment necessary to give a positive direction to current developments. In the previous period, the topics included “Living2”2” (2007), “Modern2” (2008) (2006), “Change, and, last year, “Speed2” (2009).  Once the topic is defined, there starts the work on the identity of the imminent BDW for which a team of designers from a partner branding agency is in charge.  Members of this team see this job as a major professional challenge and they are willing to work without any consideration whatsoever, solely for the personal satisfaction they have later on, when they meet in person and talk with their colleagues – super star designers coming from the most famous design studios in the world. Among the icons they have had the opportunity to meet at the BDW were Luigi Colani, Ross Lovegrove, Ora Ito, Karim Rashid, Daniel 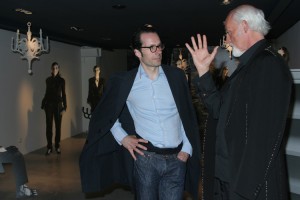 Liebeskind, Tony Chambers, Branko Lukić and many others.

With its new identity, the BDW also begins its promotional campaign to announce the programme and the date of its taking place, and the sale of tickets for the conference. In 2009, the BDW established media partnerships with over 140 media companies from the country, the region, and from some of the leading European countries. Some of the more prominent foreign partners included magazines such as Icon, Wallpaper, Creative Review, and some of the globally renowned websites in the field of design and creative industry, such as designboom.com and dezeen.com. In the region, the BDW boasts a very successful cooperation with all the countries in which it has its partners who sell the tickets for the conference.  During the BDW, a BDW chronicle will be broadcasted every night at a television with national distribution. Last year this kind of cooperation was accomplished with B92.

When the festival is almost to be opened, technical activities are brought to conclusions, such as the works on the site of conference, regulation of the space, instalment of loudspeakers, video beams, cafe lounges, regulation of the space for the evening programme, setting up of exhibitions and mounting of different experience booths and other BDW partners’ promotional stands. After several months of preparations are effectively brought to an end, first day of the BDW starts with a ceremonial evening reception that is attended by around a hundred of invitees, including the BDW partners, the Minister of Culture and other city officials, ambassadors, visiting lecturers, representatives of different local and international companies, and other friends of the Festival. That is solely a temporary break after which there ensues an extremely strenuous but nevertheless unforgettably enjoyable week that finishes with a similar ceremony that is always followed by a large party to honour all those who were involved in the programme and organisation of yet another successful BDW.